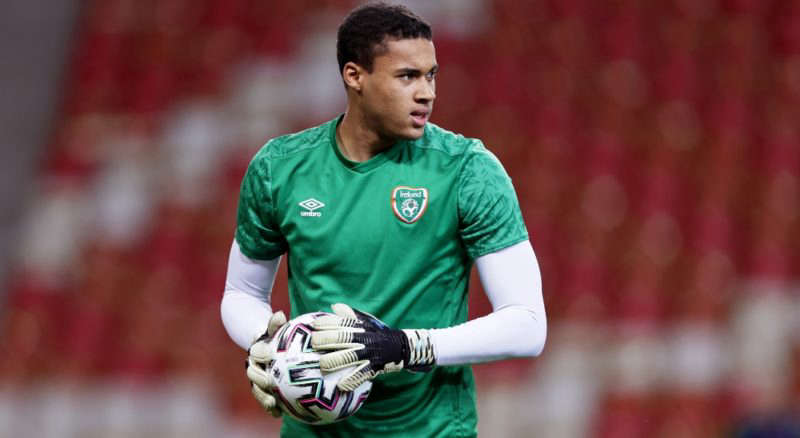 Danny Cowley has today secured the signature of Gavin Bazunu, who joins Portsmouth on a season-long loan from Premier League champions Manchester City.

The shot-stopper spent last season out on loan with Rochdale, who were relegated to League Two.

Despite being involved in a squad which finished 21st in the table, Bazunu is known to be highly-rated and largely sought after by other EFL outfits.

The 19-year-old made 32 appearances for the Dale last season.

Bazunu represents the Republic of Ireland at international level, so far running out on 4 occasions for the senior team.

He stands at 6ft 2inches tall and started his career at Shamrock Rovers in Ireland.

“We’re delighted to sign Gavin, who we believe is one of the best young goalkeepers in Europe.

“His presence comes from his speed around the box, how well he covers his area and the fact he’s incredibly brave.

“He has outstanding distribution and will have benefitted tremendously from his loan spell with Rochdale.

“Last season he was probably the busiest keeper in League One – he made the most saves in the division.”

“We had to work really hard to make this deal happen as there was also interest from the Championship.

“But we presented to the Manchester City goalkeeping coach and are delighted to make the move possible because he fits our game idea and the way we want the team to play.

“We’ve now got two fantastic young players fighting for the number one spot and I think they can help each other progress. It’s the type of competition that we’re striving for in all areas of the pitch.”