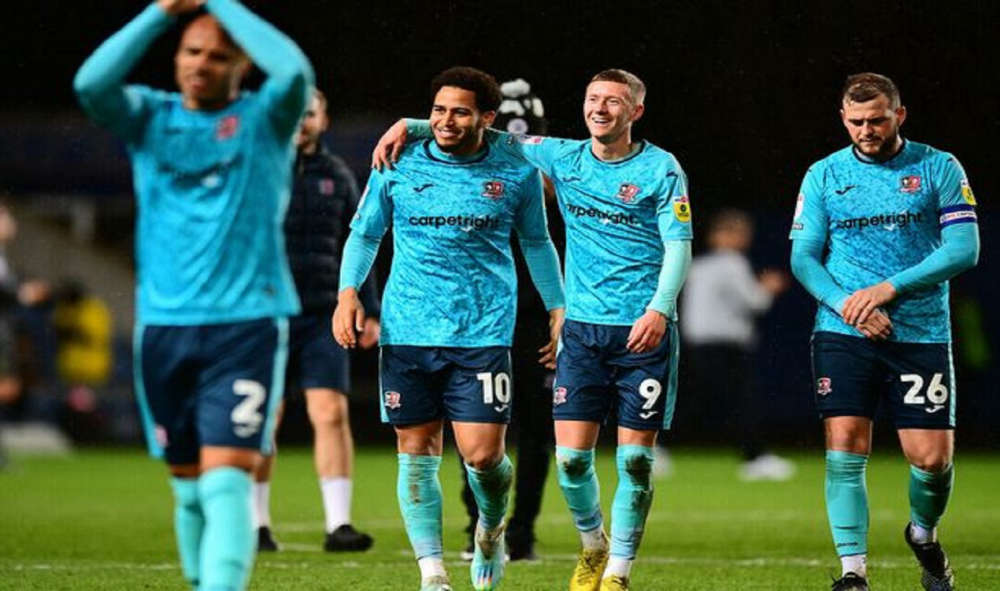 Back to Fratton for the first time since Danny Cowley’s dismissal for Pompey, as a new era beckons for the Blue Army…

Portsmouth have secured just 1 victory in their previous 15 attempts in League One and are without a win in their last 10, last picking up maximum points away at Forest Green Rovers back in October.

They’ll be looking to put their troubled past behind them this weekend after a difficult couple of weeks both on and off the pitch - Exeter City are the opponents at PO4.

The Grecians have been guided by 40-year-old Gary Caldwell since late October, when Matt Taylor left St. James Park to go and manage Rotherham United.

Caldwell, who plied his trade as a defender across a playing career which spanned 14 years, has since led Exeter to 4 victories from 13 games in charge.

The former Coventry City, Hibernian and Celtic centre-back had experience in the dugout with three different clubs prior to his appointment in Devon, having managed Wigan Athletic, Chesterfield and Partick Thistle between 2015 and 2019. 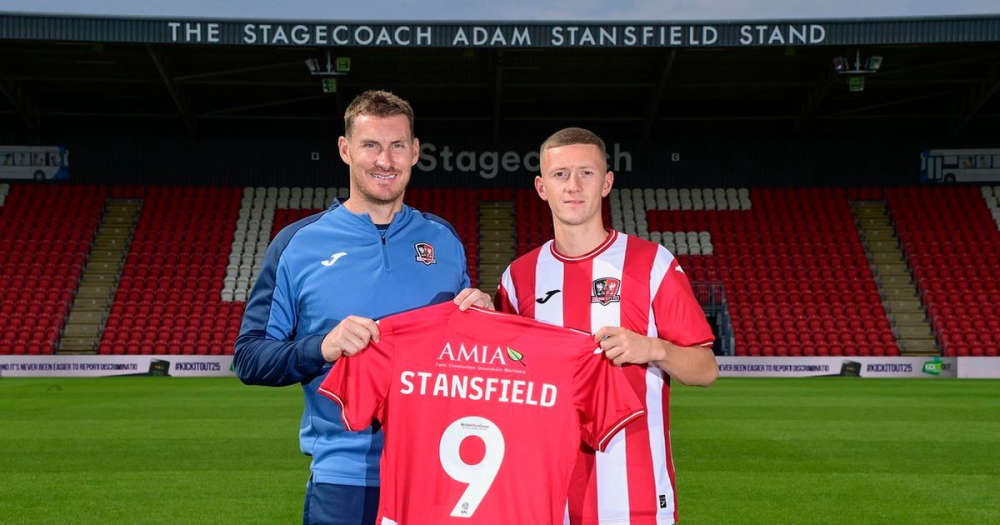 Exeter’s number 9, Jay Stansfield is our one to watch this weekend.

The 20-year-old is the son of former fan favourite at St. James Park Adam Stansfield, who sadly passed away in 2010 following a short battle with cancer.

The forward was part of the youth setup at Exeter up until 2019 when he made the switch to the capital to represent Fulham. He turned pro a year later and has so far made 5 senior appearances for The Cottagers.

Stansfield returned to his boyhood club on a season-long loan from Fulham back in September and has since contributed to 4 goals and 5 assists in League One.

The Grecians had previously retired his father’s number 9 shirt but gave Jay the honour of representing it upon his arrival this season.

The last time these two sides met less than a month ago, on Boxing Day in Devon, Jamaican forward Jevani Brown was Exeter’s leading scorer with 9 league goals next to his name.

Brown has since scored 1 goal but has been overtaken on the top scorers charts by teammate Sam Nombe, though the 28-year-old does remain a threat and someone the Blues will need to keep tabs on.

Nombe has bagged 3 goals since that goalless draw at St. James’ Park in December, scoring twice in a high-scoring victory over Bristol Rovers before scoring the only goal of the game in a 1-0 win away at Oxford United.

The 24-year-old dons the number 10 shirt for The Grecians.

Whilst Pompey have lost four of their five matches since that meeting with Exeter on Boxing Day, this weekend’s visitors can boast a much more impressive run of form - They’re unbeaten in 4, including that stalemate with The Blues.

In the three games that have followed, Gary Caldwell’s side have secured victory in two, before being held to a 1-1 draw with Forest Green Rovers in their most recent outing.

The two victories came away from home, one a dramatic 4-3 win at Bristol Rovers in a match they had trailed by 3 goals to 2 up until the 85th minute, the other less exciting but a victory nonetheless by 1 goal to nil at Oxford United.

Exeter sit 10th in the League One standings after 26 games played, 5 points behind the Play-Off positions 11 points clear of the relegation zone as things stand.

Can Pompey reignite their season or will the Blues’ winless run in the league be extended to 11 games?

All of the unmissable action on Pompey Live with Robbie James and Jake Smith reporting LIVE from Fratton Park from 2pm on Saturday, the 21st of January.