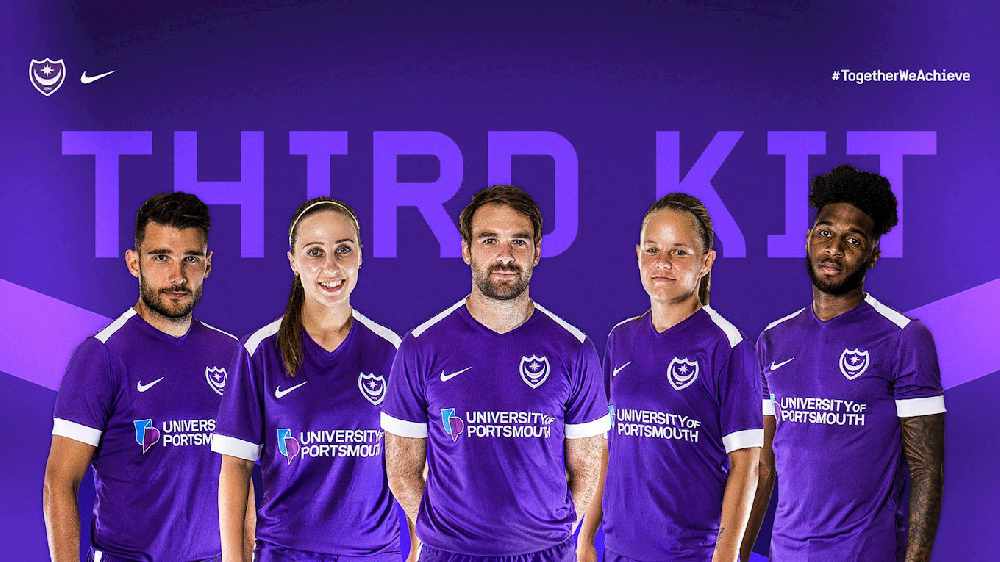 The purple outfit is the third kit for the upcoming season with the home kit being unveiled in two weeks on the 19th July.

Commercial director Anna Mitchell said in the club's statement “The third kit always proves to be very popular and we’re delighted to launch a new purple strip for the coming season.

“The colour aligns us with our main club partner, the University of Portsmouth, and we’re sure that students – and Pompey fans generally – will be proud to wear the shirt.”

Christian Burgess will be meeting fans at 3:30pm at the Club Store on Friday 5th July and the kit is on sale from the club shop from 9am.

Also in the clubs statement on the new strip, Summer signing Ellis Harrison added: “I’ve never worn a kit this colour before. It’s a bit different, but looks really nice.

“I’m happy wearing anything really. It’s a great kit, although the most important thing is that we win when we put that shirt on.”

This kit will be Portsmouth Women's away kit.