Kenny Jackett To Temporarily Step Aside 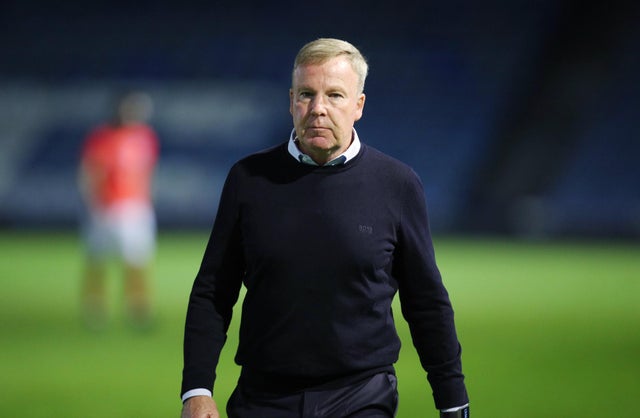 Kenny Jackett will be temporarily stepping away from his duties as Pompey boss due to a medical procedure.

From Thursday, 18th February, Jackett will not be attending matches or training sessions but will still be in regular contact with his team.

"Portsmouth Football Club can advise that, with effect from this Thursday (February 18), Kenny Jackett will not be in attendance at matches or training sessions following a medical procedure that will require a short period of rest and recuperation.

"Assistant Manager Joe Gallen will operate in a caretaker capacity during this time and will be assisted by First Team Coach Jake Wigley.

"Kenny will remain in constant contact with them both, while also able to speak to the players via video link before and after games, as well as at half-time.

"We wish Kenny a speedy recovery and look forward to seeing him back shortly."

Shortly after the announcement, Kenny spoke to Ollie Marsh from the Pompey Media Team to talk about the procedure, which will keep him away from the team for an expected 2-3 week period.

We're all behind you, gaffer 💙#Pompey pic.twitter.com/YXeSfQprub

Everybody at Express FM would like to wish the gaffer a speedy recovery and we look forward to seeing him back in the dugout sometime soon!

Everyone here at Havant and Waterlooville would like to send our best wishes to @Pompey manager, and friend of the Club, Kenny Jackett as he undergoes a medical procedure.

Take care and look forward to seeing you back in the dugout soon. https://t.co/G3m6LuQkeT

No word on exactly what his condition is but fair to say it would take a lot to keep Kenny Jackett away from attending #Pompey matches. Get well soon Kenny!

No matter what you think about his football, he is a blue. Hope he’s OK and gets well soon. #pompey https://t.co/ETAAs2gtrh