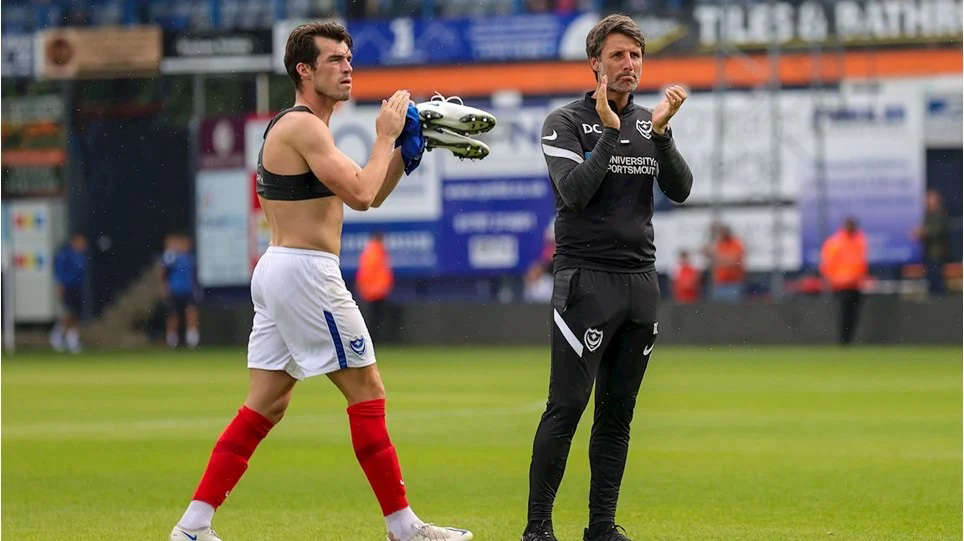 A brand new Pompey season is on the horizon, with coverage of the Blues' campaign starting here on Express FM next week!

It has been two-and-a-half months since the 2020/21 League One season came to an abrupt end at Fratton Park, where Pompey were defeated by a goal to nil by Accrington Stanley to end any hopes of a Play-Off campaign.

A busy summer has seen new Manager Danny Cowley, along with new Chief Executive Andrew Cullen tear the squad up completely and initiate a huge overhaul of the team.

The new season will be the Blues' fifth season in the third tier of English football, since their promotion from League Two in April 2017. As expected, Pompey are one of the favourites to achieve automatic promotion to the Championship come the final day on April 30th.

In line with the return of Pompey taking to the field of play, we are about to embark on a brand new season of football shows here on Express FM, kicking off with the return of The Football Hour with Jake Smith on Monday the 2nd of August, from the usual time of 6pm.

The Football Hour will remain in its traditional timeslot of 6-7pm every Monday and Friday evening, barring any exceptions due to game rearrangements.

Pompey Live is also back on the schedule and returning soon - The Blues kick off their promotion bid on Saturday the 7th of August away to Fleetwood Town and you can catch all of the unmissable action right here from 2pm. Liam Howes leads the team forward for another year with co-hosts and analysts Jake Smith and Ryan Stillwell alongside him.

We are truly excited to have you join us for another exciting and possibly (probably) turbulent season of football, and we thank you for your continued support.

Keep the faith, Play up Pompey!