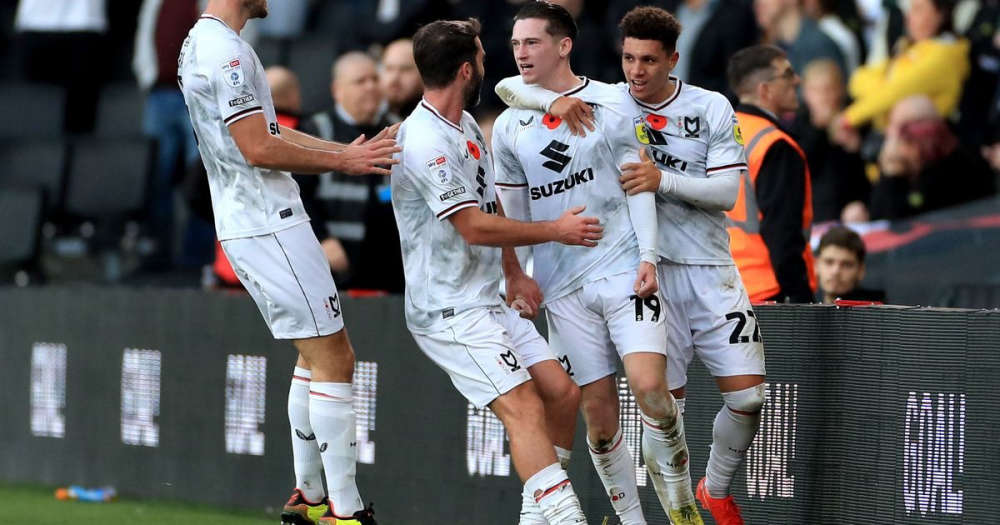 The Blues sealed their spot in the Last 16 of the Papa John’s Trophy with victory away at Ipswich on Tuesday night but this weekend attention turns to The FA Cup Second Round and the visit of MK Dons to Fratton Park.

Danny Cowley’s side go into this cup tie off the back of just 1 league win in 9 and a goalless draw with Derby County last Friday, before defeating the Tractor Boys in midweek.

A reminder that victory for either Pompey at PO4 or Fleetwood at Ebbsfleet on Sunday would mean the Blues’ league trip up to the Fylde Coast on January the 7th would be rearranged to midweek later in the season to accommodate for the Third Round of The FA Cup.

Here’s a bigger insight into this week’s opponents, MK Dons…

When Liam Manning was appointed to succeed Russell Martin in the dugout at Stadium MK last August, the now 37-year-old adopted the title of Head Coach, the first in the club’s 18-year history.

The former West Ham United Under-23s and Lommel Sportkring boss worked as an academy coach at Ipswich during the early stages of his coaching career before joining the Hammers in 2015.

Manning left East London in 2019 to take up an employment opportunity within the City Football Group, initially as Director of Coaching at Major League Soccer club New York City FC, before progressing to the role of Academy Director.

He stuck with the City Football Group when leaving the States and returning to Europe in July 2020, becoming head coach of Belgian First Division B outfit Lommel, whom he guided from bottom of the division to 3rd place by the end of the 2020/2021 season.

Since joining MK, Manning has overseen 80 competitive games in charge, winning 40 of those and therefore accumulating a win percentage of 50%.

19-year-old Louie Barry is currently on loan at MK from Premier League side Aston Villa, who acquired the teenager from La Liga giants Barcelona in 2020. 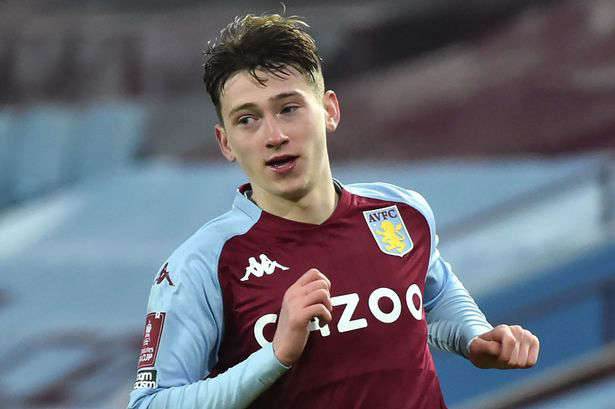 Barry had moved to Barca a year prior having spent a decade coming through the youth ranks at West Brom, initially signing a 3-year contract in Spain. His time there lasted just 6 months however, moving to Villa Park in January 2020 for a fee of £800,000.

Although his time with Barcelona was short-lived, he did make some sort of history, becoming the first ever English player to join the famous La Masia. Barry made 10 competitive appearances for the Under-19s, scoring on his debut in a 6-0 win over Club Deportivo Ebro.

The Dons’ number 19, who has enjoyed spells on loan at Ipswich and Swindon since returning to England, has so far made 22 appearances in all competitions this term, scoring once and claiming 3 assists in League One.

Northern Irish forward Will Grigg returned to play for MK Dons in the summer, having previously represented the club on loan from Brentford during the 2014/2015 season.

Grigg, now 31, rose to fame whilst at Stadium MK that campaign, having found the back of the net in 20 of his 44 appearances, earning him a permanent move from Brentford to Wigan Athletic following the conclusion of the season.

Since then, the striker who had the hit 90s anthem ‘Freed From Desire’ made into a chant about him, has played for Sunderland and Rotherham United, failing to make as much of a mark as he did at Wigan and his first stint at MK.

This is Grigg’s 3rd spell in Buckinghamshire, having been sent back on loan to the club from Sunderland for the second half of the 2020/2021 season, managing 8 goals in 20.

Nowadays he wears the number 9 shirt and since re-joining the club in the summer, has netted 5 league goals and 7 in all competitions.

MK have seriously struggled to reach the same heights as last term, where they recorded 89 points in League One, falling just 1 point short of the automatic promotion places to the Championship with Wigan and Rotherham promoted instead and MK failing to find a way up through the Play-Offs.

This season, Liam Manning’s side have managed just 4 league wins from their opening 18 matches, accruing only 14 points and therefore occupying 21st position - That’s a place in the League One relegation zone.

Whilst MK have won 3 of their last 5 matches, none of those have come in the league - Losing those 2 games to Derby County and Barnsley respectively.

They have however progressed to Round 4 of the Carabao Cup with victory over Morecambe and the Last 16 of the Papa John’s Trophy, having beaten Newport County by 3 goals to 1 on Tuesday night.

To reach this stage of The FA Cup, MK saw off National League South side Taunton by 6 goals to nil on home soil, claiming the biggest win of the First Round.

Who shall progress to Round 3 of this season’s FA Cup - Will it be Portsmouth or MK Dons?

All of the unmissable action on Pompey Live with Robbie James, Jake Smith and Jay Sadler from 2 O'Clock on Saturday afternoon!