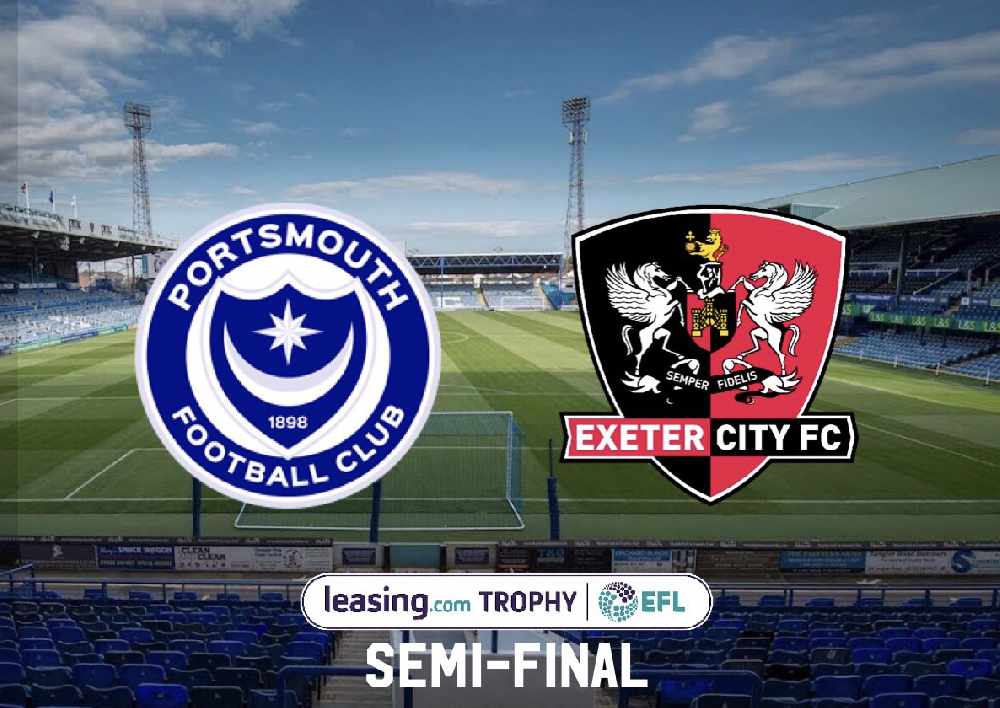 Portsmouth are just 1 win away from once again reaching the Wembley Final. The Blues will continue their defence of the title when they host Exeter on the week commencing the 17th of February.

Pompey's fate in the penultimate round of the EFL Trophy has been decided... Kenny Jackett's side will host Exeter City to continue the fight to defend their crown.

The Blues are on a 14-game winning streak in this competition - the club last tasted defeat in the controversial tournament on January the 9th, 2018, when the Chelsea Under-21s came away from Fratton Park with a 2-1 victory (after extra-time) in the Round of 16.

Since then, Kenny Jackett has named starting XIs mixed with youngsters, fringe players and first-team regulars, giving every member of the playing squad a chance to prove themselves and have a run out in the competition.

At the Semi-Final stage of last season's run, Pompey travelled to the outskirts of Manchester to take on then League Two outfit Bury, who ended up gaining automatic promotion to the 3rd tier at the end of the campaign. Goals from Gareth Evans, Oli Hawkins and Ronan Curtis helped the Blues to secure a 3-0 victory at Gigg Lane, sending Portsmouth to Wembley for the first time since the 2010 FA Cup Fin 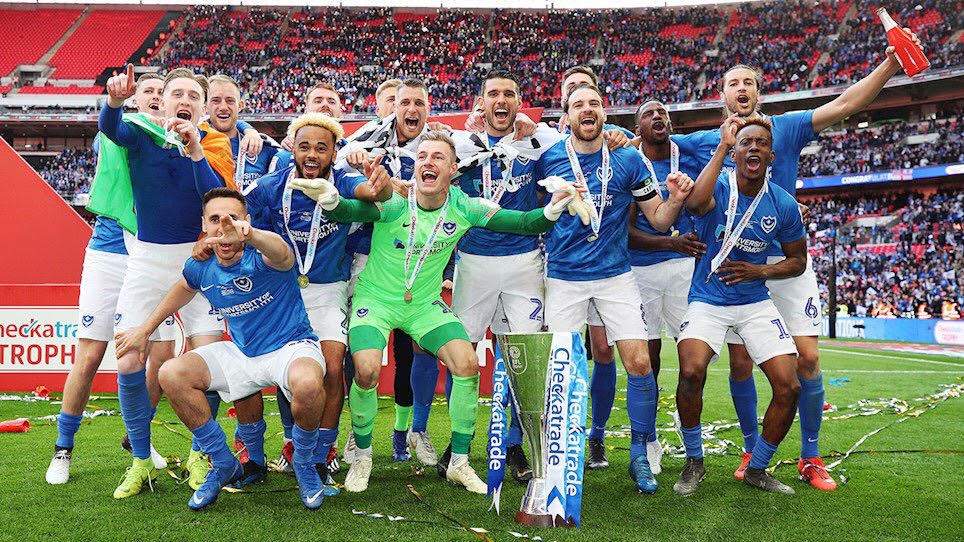 The Final on March 31st, 2019 ended in a 2-2 draw after extra-time between Pompey and Sunderland, with the Blues winning the trophy after a tightly contested penalty shoot-out... Craig MacGillivray saved Lee Cattermole's spot-kick before Oli Hawkins kept calm and composed to slot home and secure the win with the deciding penalty.

This season, Kenny's side topped the Southern Section: Group B table with 8 points, having won 2 matches after 90 minutes against Crawley Town and the Norwich City Under-21s before securing a penalty shoot-out victory at Oxford United, who also progressed to the knockout stages.

Northampton Town then made the trip to the South Coast for the Round of 32 tie, in which the Blues ran out 2-1 winners. That scoreline was mirrored in Pompey's next 2 EFL Trophy knockout matches, with 2-1 victories against both Walsall and Scunthorpe United in January resulting in the Blues reaching the Semi-Final stage for a 2nd consecutive season.

Pompey's opponents in the Semi-Finals, Exeter City, are the 2nd favourites to lift the EFL Trophy at Wembley in April. Portsmouth are expected to retain the title according to the bookies.

The Grecians were drawn in Group E of the Southern Section of this season's tournament, alongside fellow League Two sides Newport County (who are still in the tournament) and Cheltenham Town. West Ham United Under-21s were the group's drawn Academy team. The side, managed by former Exeter centre-back Matt Taylor, finished top of the group with 9 points, having won all 3 of their matches in normal time.

In the knockout stages, City saw off Oxford United on penalties in the Round of 32, beat Ipswich Town 2-1 at St. James's Park in the Last 16 and defeated Stevenage by 3 goals to nil in the Quarter-Finals.

At the time of writing, Exeter sit 2nd in the League Two standings.

The EFL Trophy Semi-Final tie between Portsmouth and Exeter City at Fratton Park will take place on either the Tuesday or Wednesday of the week commencing the 17th of February. A date will be announced in due course, as per agreements being made between the EFL and Sky Sports.

Should the Blues overcome the Grecians in the Semi-Final, they will contest in the Final at Wembley Stadium on April the 5th against either one of Salford City, Newport County or the Leicester City Under-21s. No team has ever retained this title... Could Portsmouth make history and become the first to do so? Let us know what you think by tuning in and getting involved with The Football Hour, every Monday and Friday from 6pm!