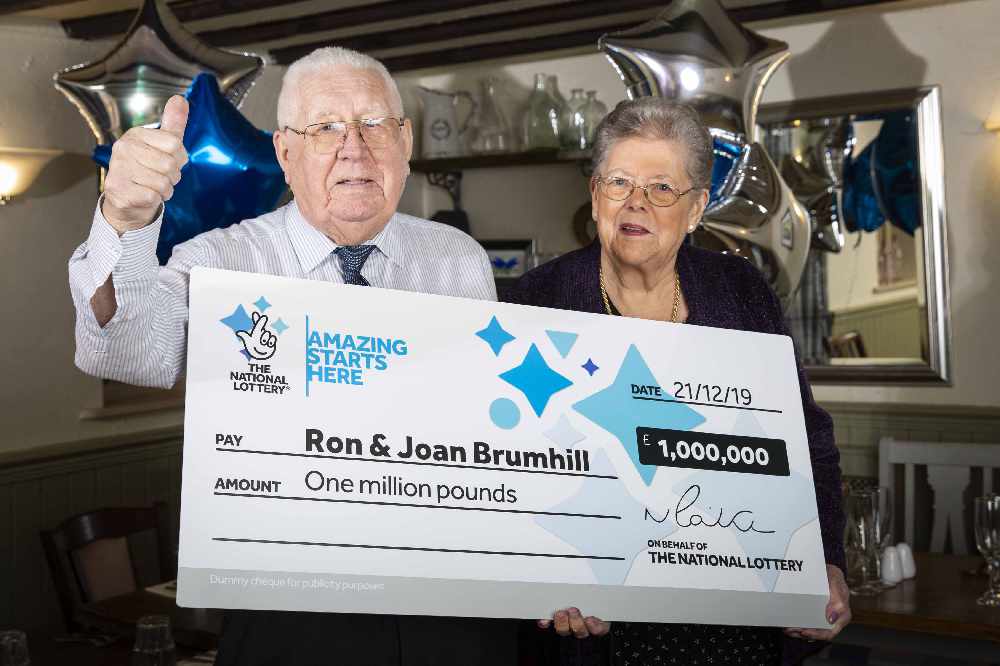 A Waterlooville couple have plans to make their 62nd year of married life, and all future years, memorable and fun-filled after landing an amazing £1,000,000 Lotto prize.

Lucky couple Ron (85) and Joan (81) Brumhill, who celebrated their 62nd wedding anniversary over the weekend (25 January), already have a few plans to treat their family and community with their £1M win, after matching five main numbers and the bonus ball in the Lotto draw on Saturday 21 December, 2019.

For the couple, who have three children and three grandchildren, teamwork is the key to their lottery playing. Ron, who was an officer in the Royal Navy for 41 years, always buys the tickets while Joan is in charge of checking, which is exactly what happened just before Christmas.

Joan said, "I had a bit of a cough so had stayed at home while Ron popped out to deliver a Christmas card to a neighbour. Sitting down for a cup of tea, and feeling pretty lousy, I decided to check our lottery ticket on my phone. Usually it’s nothing, sometimes a little something so when I saw we’d matched 5 numbers and a Bonus Ball, and we’d won £1M, I couldn’t believe it and just burst into tears of joy!”

Known for his ‘just popping out’ turning into rather lengthy visits, the patient Joan had to wait at home for Ron to return, with the ticket clutched firmly in her hand, so he could confirm they really had just become millionaires.

Ron said, “I walked into the house and Joan was hurrying me in saying ‘hurry up, quickly we’ve won something big on the lottery. Not for a second when your wife says that do you dream it would be £1M! But when I checked it online, I saw that Joan was right and we were officially millionaires.

“About the same time our daughter arrived for a quick visit, followed shortly after by our youngest son who was with us for Christmas, so we were immediately able to share the amazing the news!”

With their win confirmed and the money in the bank, Ron and Joan are making a few plans for the future. Joan said, “We were brought up to save for anything we wanted, whether a new car or simply a rainy day. This win will mean there’s no need for any rainy days but we will still be very careful.

“Top of our list is helping out our family and that is just the most amazing feeling. They are a wonderful, fun-filled bunch who have already given us so much joy and will continue to do so.

"While I gave my car - a two year old Hyundai – to my granddaughter as soon as the win was confirmed, Ron is busy drawing up a shortlist for his new car, although to the untrained eye it looks like a very long list!

“Meanwhile I’ve got my eye on a new kitchen and would love to take the whole family on a cruise, the Norwegian Fjords currently seems the favourite option.” 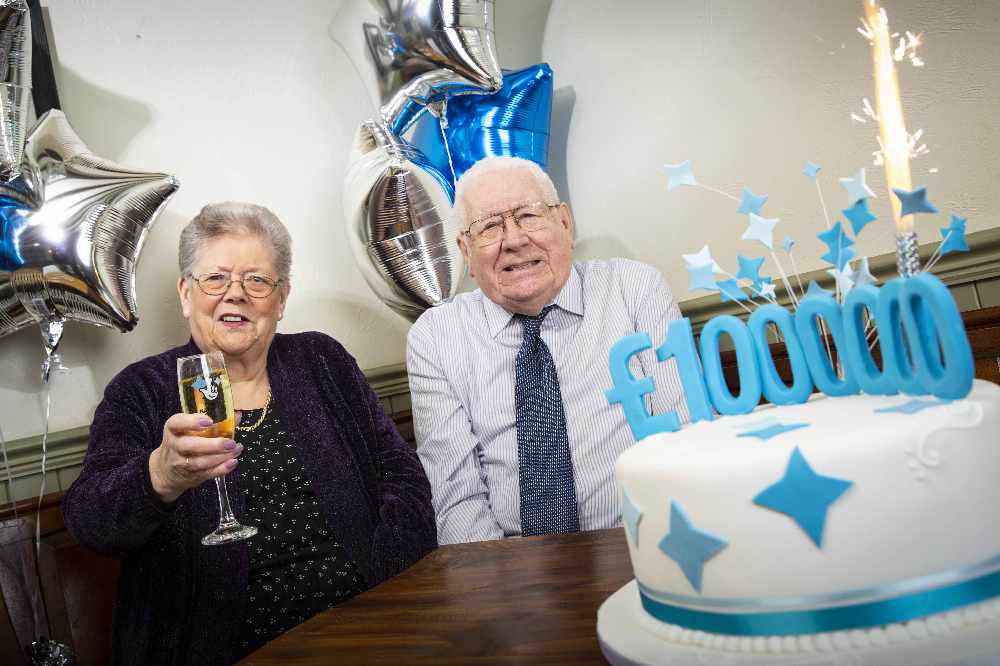 Across the last 25 years, The National Lottery has had a transformational effect on the United Kingdom. A staggering £40 billion has been raised for Good Causes with 565,000 grants made across arts, sport, heritage and community.  That’s the equivalent of 200 life-changing projects in every UK postcode district. Players have banked a whopping £73 billion in prizes and a staggering 5,500 millionaires have been made. 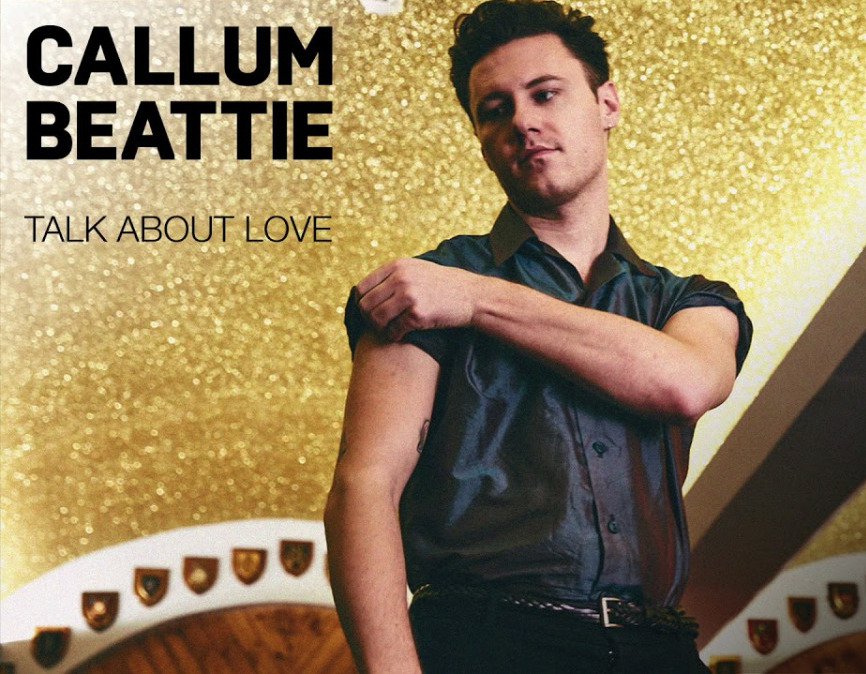