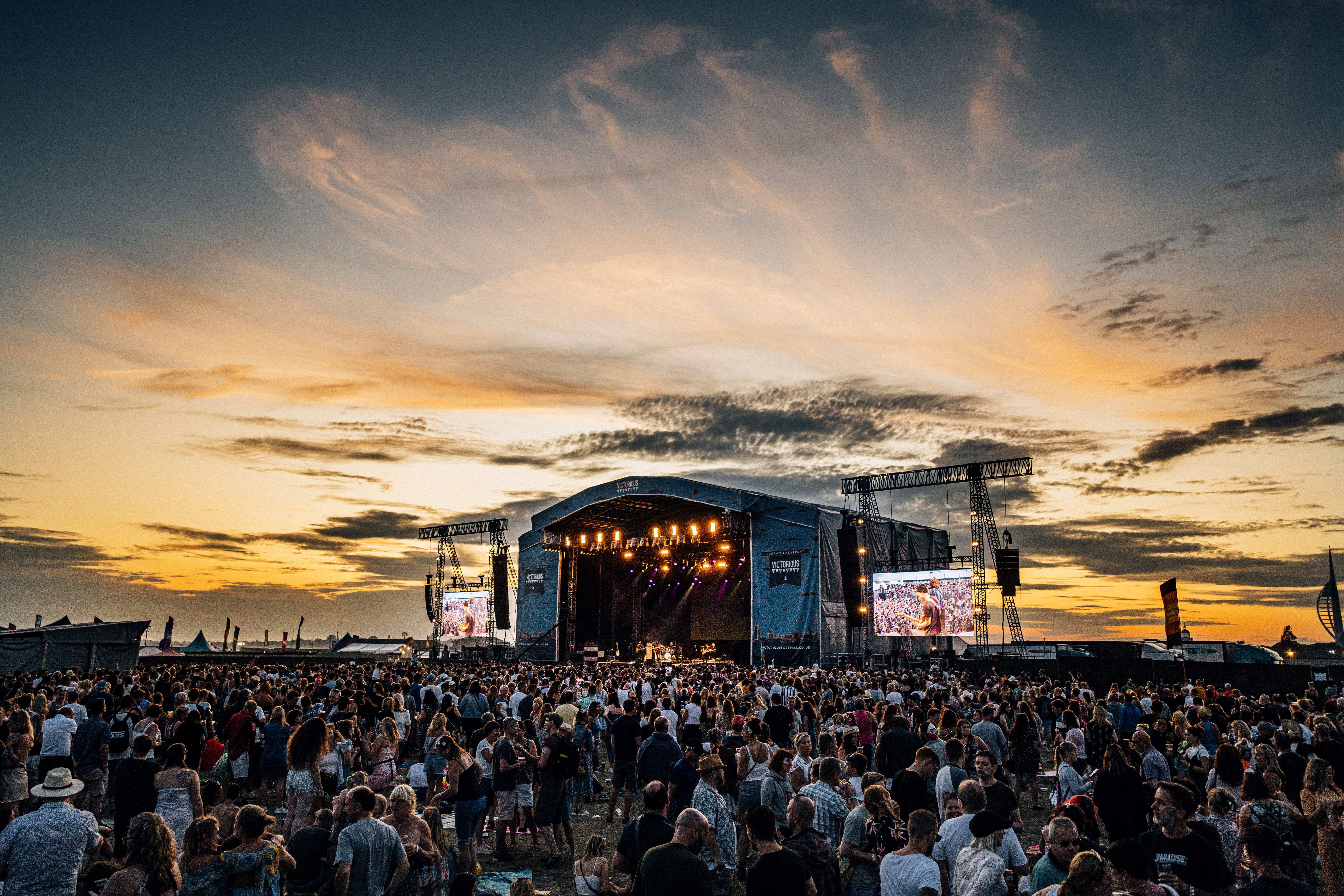 The Streets and Madness to headline alongside Royal Blood. The Sunday Castle Stage headliner is yet to be announced.

Victorious Festival (27-29 August 2021) – the UK’s biggest metropolitan festival – will return to Southsea Seafront this Summer with a phenomenal line up including Madness, The Streets, Royal Blood and much more!

Friday night headliners Madness are guaranteed to bring the party to Portsmouth with a set packed full of crowd-pleasing hits from Our House to Baggy Trousers. Headlining Saturday are The Streets who changed the UK rap scene forever in 2002 with debut album Original Pirate Material and have continued to carve out a place in the nation’s hearts with anthems like Has It Come to This? and Dry Your Eyes. Brighton power duo Royal Blood also debut as headliners closing out the 9th edition of the Victorious Festival with their high-energy brand of alt-rock on the Sunday night.

Backing up the heavyweight headliners is a line-up brimming with a host of incredible artists ensuring a memorable weekend for music fans. Legendary singer-songwriter Richard Ashcroft will deliver an unmissable set on Saturday at Victorious. Ashcroft began his career as the frontman of iconic Britpop band The Verve whose 1997 album Urban Hymns remains one of the UK’s best-selling albums of all time. 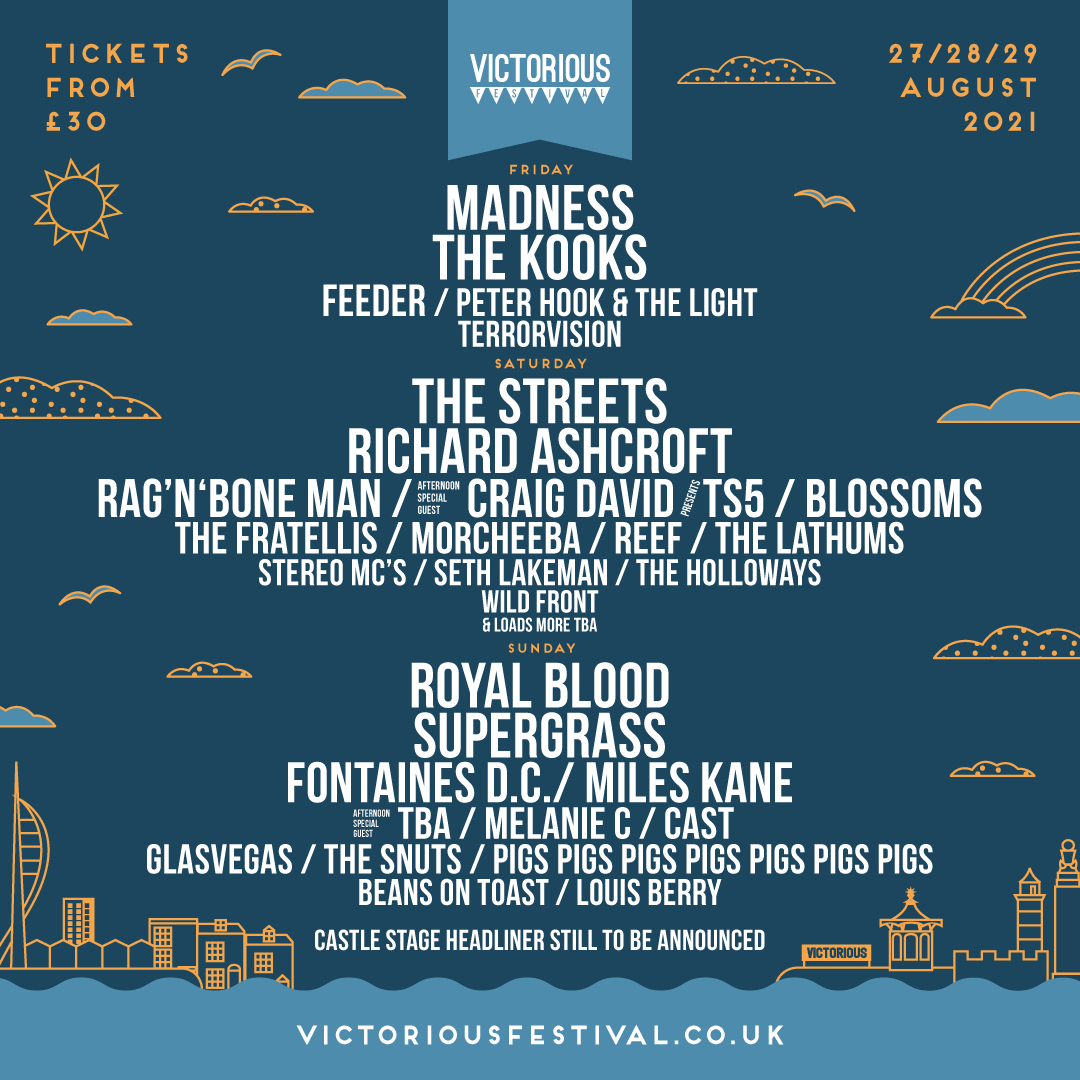 Across the weekend the bill is loaded with unmissable performances from The Kooks, The Fratellis, Cast and Feeder ensuring indie fanatics get their fix. 90’s popstars Craig David and Melanie C will both be live at the festival and are sure to be a huge family hit with sing-along hits like Never Be The Same Again, Too Much, Fill Me In and 7 Days in the mix. Supergrass are set to take to the stage on Sunday. The band’s debut album, I Should Coco, was Parlophone Records’ best-selling debut album since The Beatles’ Please Please Me while, their smash hit single Alright saw them achieve international success. Having recently reformed for a string of shows in 2020, Victorious presents a rare opportunity to watch this remarkable Britpop band live. Feted Dublin punks Fontaines DC also join the line-up. With NME dubbing their latest album, A Heroes Death, ‘a five-star instant classic’ it’s a set to catch.

Speaking about this year’s festival Andy Marsh, festival director, said: ‘‘This year’s line-up is my personal favourite. It feels like we have achieved an exciting combination of headliners, rising artists, and the return of some family favourites too. We believe there really is something for everyone to enjoy this Summer and we can’t wait to welcome you all!’’ 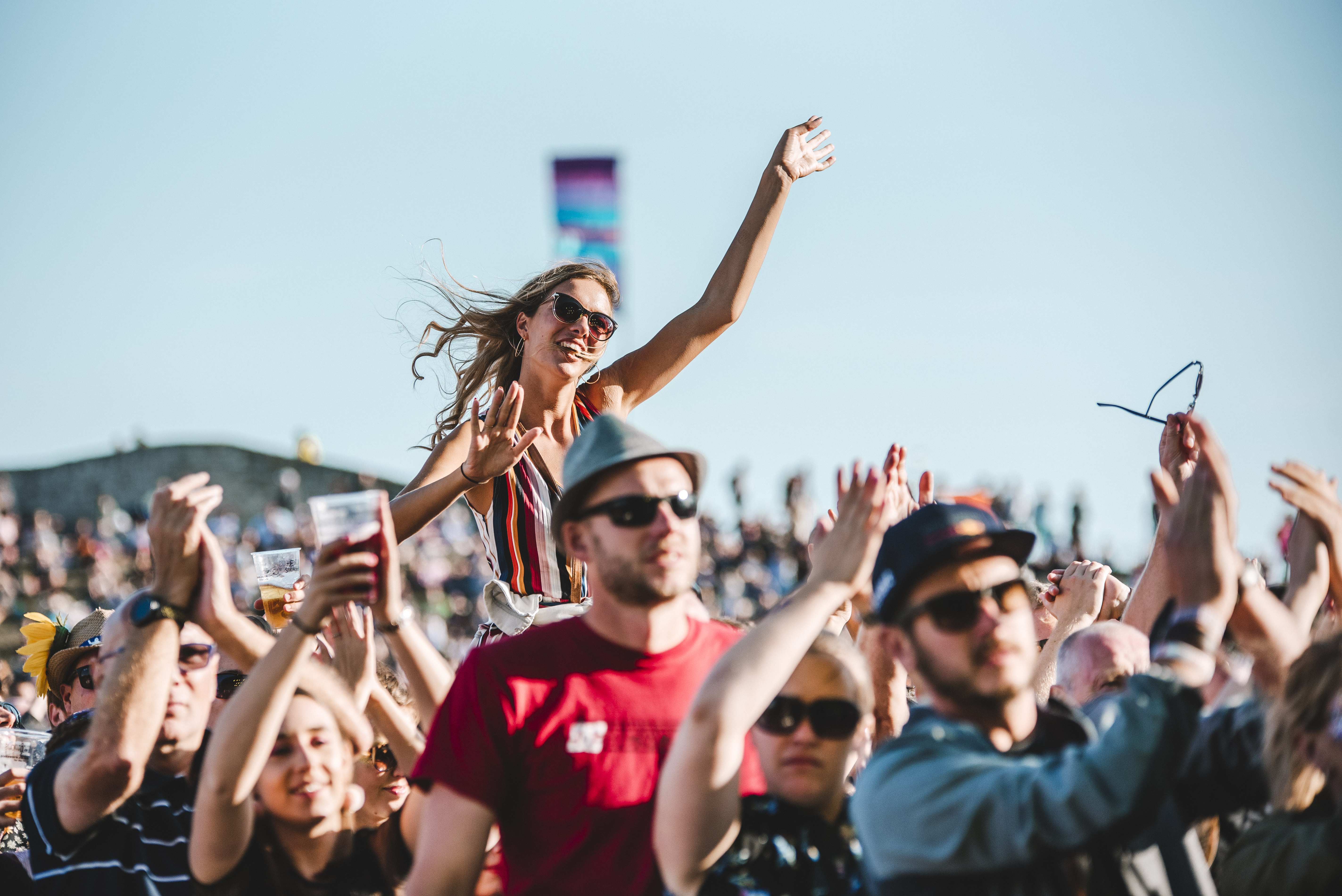