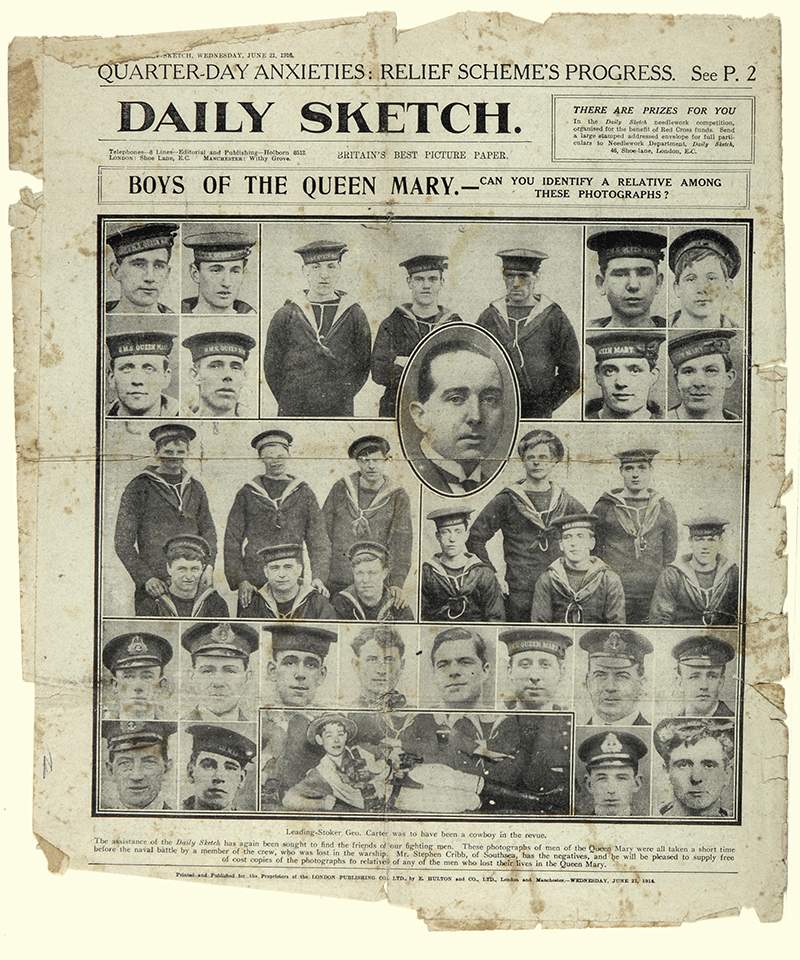 Can you help identify the men who died in the Battle of Jutland, the largest naval engagement of World War One?

Researchers at the University of Portsmouth have published a naval casualty database, the most comprehensive record of men who died in the 36 hour battle that took over 6,000 British lives.

The researchers have found 6,102 records, but some information is still missing and now they’re asking for the public to help.

The database includes information on the names, ranks, service numbers, dates and places of birth, and names and addresses of next of kin.

History researcher Dr Melanie Bassett said: "We have traced every Royal Naval sailor killed at the battle, which has allowed us to understand how the naval war affected society, where sailor families lived and the long-term effects of the war. We’re reaching out to the public to ask for help because there is still missing data and we want to ensure all the men who lost their lives are represented.

"The aim of the project is to provide a new perspective on the battle by mapping the human cost of Jutland and its impact on the communities of the 6,102 men lost. It has been easier to find information about the next of kin for those in ordinary ranks, but not for mid-shipmen, who were usually only 15-16 years old, or for commissioned officers. We’d like further insight into the lives of those sailors who were lost at sea and then lost in history too."

The battle, which took place on May 31, 1916, changed the course of the First World War because it diminished the German naval fleet’s capabilities to such an extent that they couldn’t fight at sea again while the war lasted.

It was between the British Grand Fleet and the German High Seas Fleet and took place off Denmark’s Jutland peninsula. More than 8,000 British and German servicemen were killed and 25 ships sunk.

Dr Bassett said: "It has been traditionally assumed that most naval sailors were enlisted from seafaring communities since the navy recruited sailors directly from their base ports rather than establish recruiting centres in the UK’s major cities like the Royal Marines.

"This isn’t the case though; families nationwide were affected as many people weren’t living in port towns – they were from all over the UK. There were also a number of Maltese and Japanese sailors on board.

"This project maps the sailors killed in Jutland and assesses whether certain communities suffered disproportionally from others. The research also uncovers the streets, neighbourhoods and communities which were hardest hit."

The project was funded by the Arts and Humanities Research Council Gateways to the First World War research centre. Dr Bassett and Professor Brad Beaven, also from the University of Portsmouth, worked with the National Museum of the Royal Navy, Portsdown University of the Third Age and several undergraduate student volunteers.