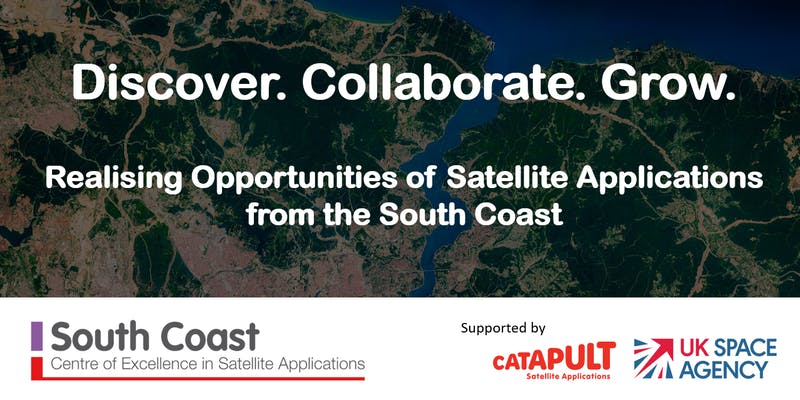 The University of Portsmouth is to host the South Coast Centre of Excellence (SCCoE) in Satellite Applications to help to drive economic growth in the region through the exploitation of space.

The University will host the Centre, which is one of five Centres of Excellence across the UK, on behalf of the Satellite Applications Catapult, an independent innovation and technology company, created by Innovate UK. The Catapult, in collaboration with the UK Space Agency (UKSA), has extended their partnerships with organisations in the South-West and South-Coast regions, through their jointly funded Regional Centres of Excellence programme.

The Centre partnerships bring together academic, industrial, government and third-sector partners delivering widespread technological and economic benefits with local, national and international impact. The expansion will continue to focus on satellite remote sensing, navigation and communications projects demonstrating the enormous business potential of exploiting satellite technology, while facilitating investment and export growth in the longer term.

Professor Adrian Hopgood of the University of Portsmouth and Director of the South-Coast Centre of Excellence, said: “In this second phase we will support targeted projects based on three core topics of Transport and Logistics, Autonomous Systems, and Offshore Assets.”

Professor Djamila Ouelhadj from the University of Portsmouth and Operations Director of the South-Coast Centre added: “We are delighted to have established partnerships with more than 20 organisations to help deliver tangible business benefits and to support significant investment in regional growth.”

Kim Conchie, Chief Executive at Cornwall Chamber of Commerce, said: “The South West Centre of Excellence has proved a really effective focal point for promoting Cornwall as a serious player in the growing space industry and as a rallying call to SMEs to gather expertise and confidence from the Centre and from each other.”

Catherine Mealing-Jones, Director of Growth, UK Space Agency, said: “From Portsmouth to Penzance, south and southwest England have an incredible industrial heritage and great potential to continue to thrive in the growing space industry. Through these renewed Centres of Excellence, alongside our business incubation programme, we’re ensuring that the regions have a strong future in jobs, innovation and growth in line with the Government’s modern Industrial Strategy.”

Stuart Martin, CEO at Satellite Applications Catapult said: “The Centres of Excellence have become an integral and high-profile presence within the space community in the UK over the last three years, and we are delighted that these partnerships have been extended. Their success demonstrates the ambition of the organisations involved, and the ongoing commitment of both the Catapult and the UKSA to the growth of the UK space sector.”

Collectively, these partnerships exist to support the region’s ambitions to capture a share of the high-tech jobs to be created in space businesses and academic departments across the UK.

A free event is taking place on Monday 17 June from 4pm at The Royal Maritime Club in Portsmouth for businesses, SMEs and organisations to hear more about the Centre, network with leading organisations and partners, and learn more about how satellite technology and applications can provide business solutions.

Places can be booked on Eventbrite at https://www.eventbrite.co.uk/e/discover-collaborate-grow-realising-opportunities-of-satellite-applications-from-the-south-coast-tickets-59217229327