Trial cycle lane to be removed 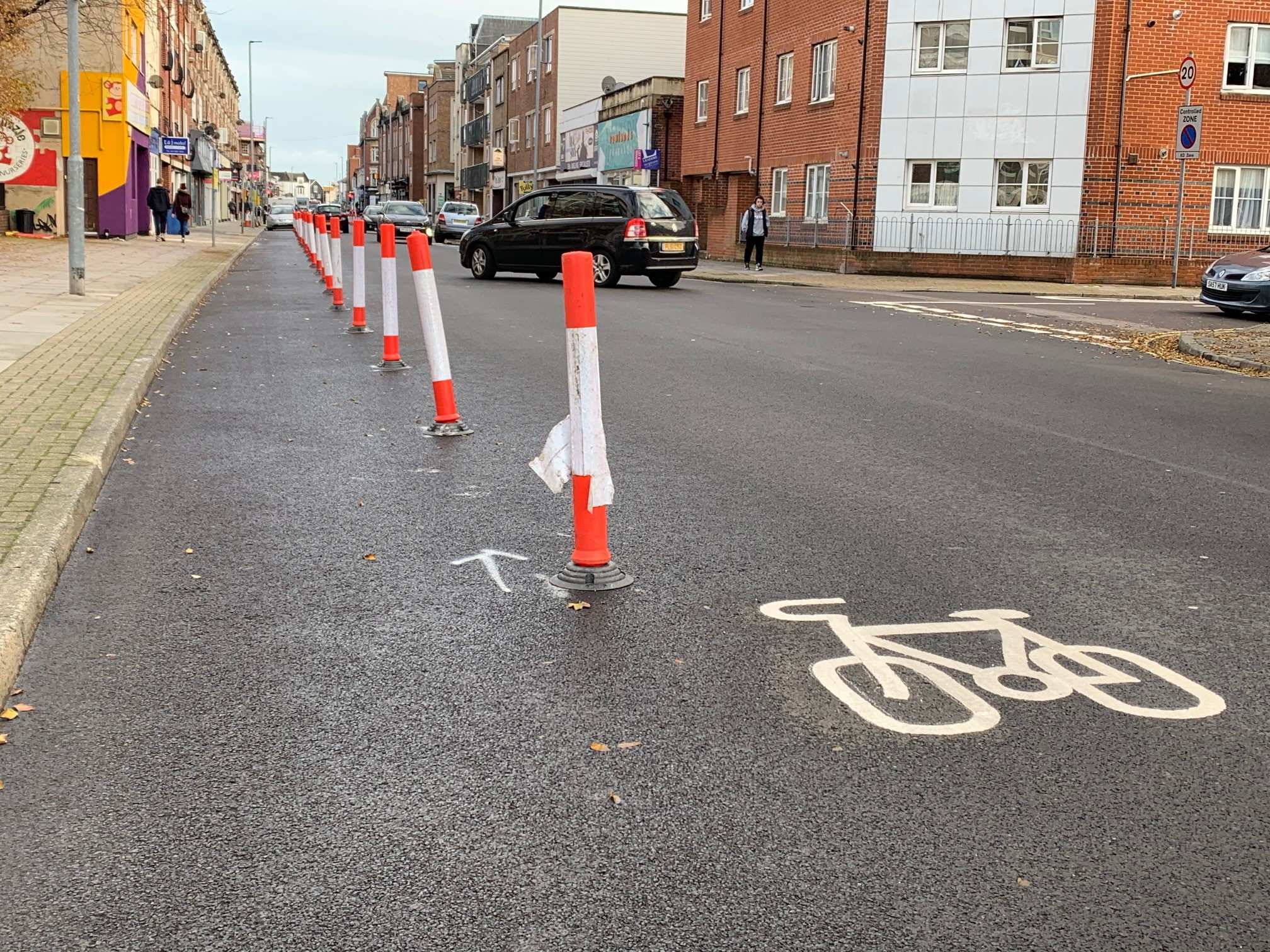 Feedback from all users of the route through Elm Grove and Kings Road, including cyclists, local residents and businesses has led to the decision not to extend the three-week trial of the segregated cycle lanes.

Portsmouth City Council has made a commitment to reconsider how to deliver alternative improvements along this route, which has a history of traffic incidents and is seen as particularly hazardous to cyclists.

Portsmouth City Council has carried out a thorough review of all the information gathered during the trial including survey feedback and emails. At the Covid Response Board the unanimous decision was made to stop the trial at the end of the three weeks, on 26 November.

The survey feedback clearly demonstrated to the board the need to stop this scheme. The survey showed that 67% of the over 1,400 respondents felt the trial was having a negative impact. The largest proportion of respondents reporting a negative impact are businesses (86%), then residents (72%), and finally visitors are classified as people that travel to/through the area from other areas of Portsmouth or from outside the city (64%). The council also received over 100 emails during the trial of which the majority were negative. The feedback has clearly highlighted a number of areas where lessons can be learnt for creating future segregated cycle lanes in other areas of the city.

The opportunity to trial the scheme arose with funding from the government's Emergency Active Travel Fund, where local councils could make temporary changes to road-ways during the pandemic to create extra space for cycling and walking. Other trials in Castle Road, Palmerston Road South, Guildhall Walk, Charlotte Street and Canal Walk have gained positive feedback and remain in place.

The reason why Elm Grove and Kings Road were selected for a trial to promote the options of walking and cycling for short journeys during the pandemic was the record of accidents on this route. There have been 13 minor and 1 serious accident in the past five years. Parking on the existing cycle lanes on these roads has long been a problem. Elm Grove and Kings Road have also been identified as a route where investment could be made in the longer term as part of the council's wider plans to improve cycle routes in the city.

Extensive engagement was carried out about the proposals for a six week temporary cycle lane, however concerns raised particularly by local businesses resulted in a shorter three-week trial to give users, residents and businesses confidence that it could be removed if concerns continued to be raised.

The council will continue to work with cyclists, local residents and local businesses and other interested parties on what lessons can be learned from the trial and how improvements can be co-produced in the future. During this time work has also started with businesses to help them develop a trading association like ones that are found in other areas of the city.

Council contractors are on standby to start the removal of the scheme and therefore the segregated cycle lane will be removed quickly. This will be completed within the next few days. Once removed, people can again park in the area and the temporary loading bays will be removed. The additional cycle parking will remain as we hope that this continues to benefit people choosing to cycle to the area to shop.

Cllr Lynne Stagg, Cabinet Member for Traffic and Transportation said, "Thank you to everyone who has shared their views on the trial. Many have said they are in support of improving facilities for cyclists in the city, however they felt the trial cycle lane did not work on Elm Grove and Kings Road and we were clear that we would listen to what everyone said and remove it promptly if it was not supported. It is a shame that it has not worked but we are committed to continuing to work with cyclists, residents and businesses along these roads and in other roads across the city to make other improvements that support people’s health and wellbeing through walking and cycling, improving air quality and the economic growth of this area."