The Roberts Centre marks 30th anniversary with series of events 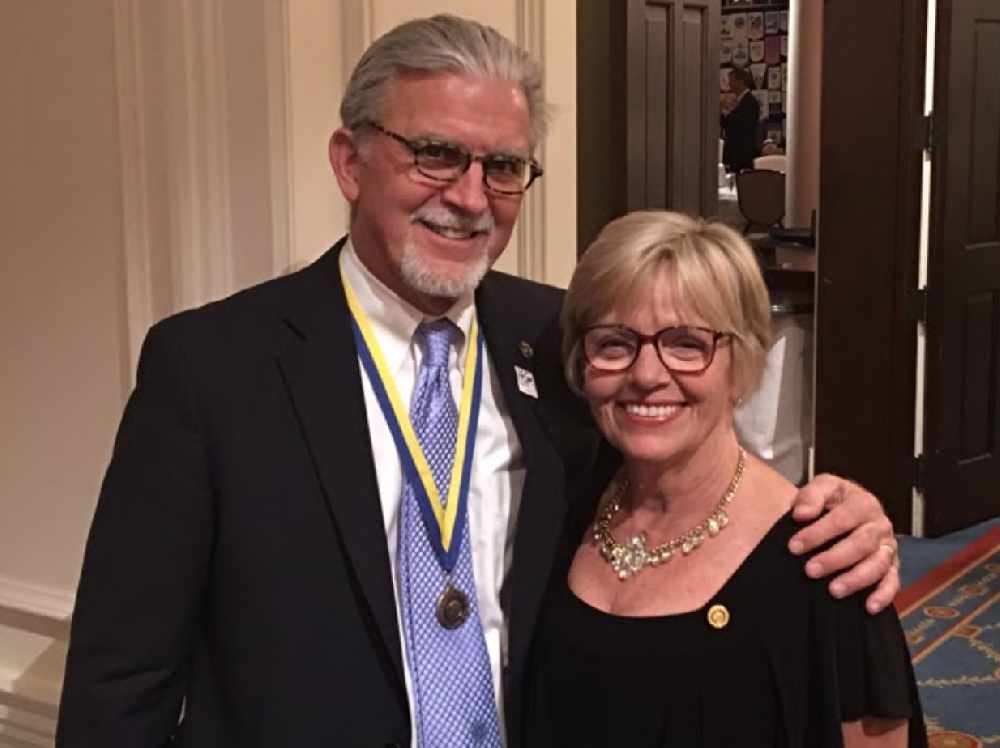 A special guest of honour is flying in from the United States to join in the 30th birthday picnic party of a child-caring Portsmouth charity.

The roots of The Roberts Centre in Crasswell Street, Landport, can be traced to a bequest of around £250,000 left in the will of American Ernest Cullen Roberts Junior.

He wanted the remainder of his estate to be used ‘to help feed, care for and clothe the poor children, the orphans, and especially the crippled and blind children of the Town of Portsmouth, England’ in loving memory of his mother Henrietta Jane Roberts, who hailed from the city. Now family member Tom Cullen Roberts is visiting England for the first time to see for himself the work that has been carried out to help thousands of children and their families every year following the generosity of the man he never met but always knew from his dad as ‘Cousin Ernie’.

Retired dentist Tom and his wife Norma will be flying in from Alexandria, Virginia, as guests of honour at the Robert Bear Picnic Party on Sunday, June 11, at the Portsmouth City Museum Gardens, Museum Road.

Tom was traced after the charity sent a letter to The Hudson Reporter in New Jersey appealing for help in finding any descendents of Ernest Jr. The challenge was taken up by the Hudson County Genealogy and History Society and, after much research, Tom was found. His father, Thomas Cullen Roberts II, was Ernest Jr’s cousin.

The picnic, from 10am to 4pm, is part of a series of events being held to mark The Roberts Centre’s anniversary. Robert Bear - the charity’s mascot - will be joined by Pudsey Bear and other mascots on the day including Portsmouth FC’s Nelson, The News’ Chipper and the Rowan Hospice’s Rowan the Meerkat.

Tom said: "I’m very excited about going to Portsmouth. I’m looking forward to seeing the centre and it seems appropriate to go to the picnic and be given the chance to see some of the children the centre is helping and to have an appreciation of what this gift has done for the city.

"It is beautiful what Ernie did in memory of his mother. And I know when I am there he will be looking down at us and smiling."

The origins of the Cullen bequest date back to 1866 when Ernest Jr’s dad Ernest Cullen Roberts and mum Henrietta Jane Hawkins were both born. They emigrated from Portsmouth to New Jersey at the end of the century and on November 14, 1896, their only child was born.

Ernest Jr died in Hoboken, New Jersey, at the age of 80 in 1977.  The spending of the bequest was left to the discretion of the then Bishop of Portsmouth, the Rt Rev Timothy Bavin. After much consultation, it was decided in November 1986 that the best use for the money was to fund a day centre for homeless families. In June 1990, Diana, Princess of Wales, laid the foundation stone of the Roberts Centre building and by 1997, the EC Roberts Centre became a separate charity.

The Roberts Centre offers a haven for vulnerable families who struggle to escape the cycle of deprivation. Its 62 staff and 60-odd volunteers are currently helping more than 1,000 families.

CEO Carole Damper said:  "I have always thought it was amazing that a gentleman from Hoboken would want to help children in Portsmouth in England all those many years after his mother left Portsmouth. From all we have uncovered, Ernest  sounds like such a lovely person and we look forward to welcoming Tom to the city to show how ‘Cousin Ernie’s’ money has helped the children of Portsmouth as he had wished."