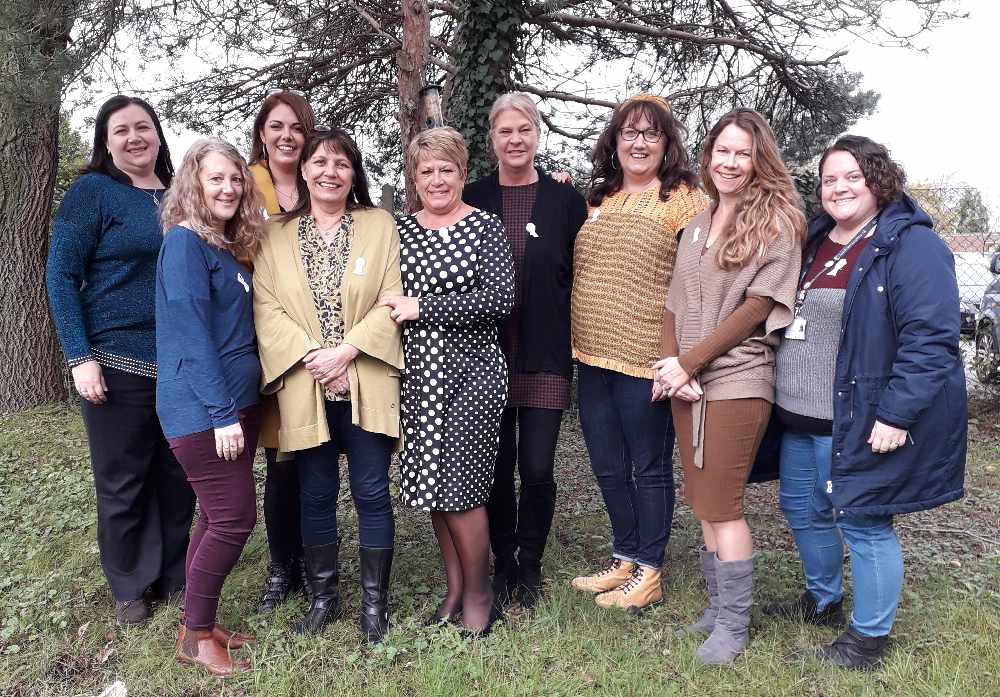 Stop Domestic Abuse is a regional charity with the vision of creating ‘a world without domestic abuse’ – an aim that echoes this year’s White Ribbon Day theme: ‘Creating a future without male violence against women.’ The charity manages 13 refuges across Hampshire for women and their children forced to flee their homes due to domestic abuse. In addition, to refuge accommodation, Stop Domestic Abuse provides outreach and resettlement services; Independent Domestic Violence Advisor (IDVA) Services (for high risk victims); group-work; and specialist programmes for young people and children. As well as working with victims and perpetrators, the charity helps the police and many other organisations.

White Ribbon Day is the first of 16 days of activism against gender-based violence, running from 25 November to 10 December. Throughout the 16 days, Stop Domestic Abuse will run a range of events all over Hampshire, to improve awareness of domestic abuse and gender-based violence, to stimulate conversation, to secure pledges and to direct people in need to the support services available. Planned events include upskilling hospital staff about domestic abuse and the aims of White Ribbon Day, a special session on White Ribbon Day with a women’s empowerment group in Portsmouth, themed therapeutic craft activities with women and children living in refuges to support healing, as well as public awareness-raising activities in Winchester High Street and at local community centres. Stop Domestic Abuse is also today launching a 16-day online campaign on its Facebook, Twitter and Instagram pages (@southerndas) using the hashtag

#asaferhampshireforall. Each day for the next two and a half weeks, the charity will highlight a different theme linked to the goal of ending gender-based violence. Social media users are encouraged to share the posts and to sign the White Ribbon Day pledge.

White Ribbon Day was started in 1991 by a group of men in Canada that believed that the way to prevent violence against women was to encourage men to become ambassadors against gender-based violence. The movement, which is active in more than 60 countries, promotes gender equity, healthy relationships and a compassionate view of masculinity.

Claire Lambon, CEO of Stop Domestic Abuse said: “White Ribbon Day is a highlight of our calendar. It is an opportunity to join together with local, national and international organisations around a common cause of ending gender-based violence. At this time of year, we are especially keen to engage the community in conversations about domestic abuse and how they can get involved in ending it.

“We encourage all men (and women) reading to make the White Ribbon Day promise to never commit, excuse or remain silent about male violence against women. Together, we can create a world without domestic abuse.”