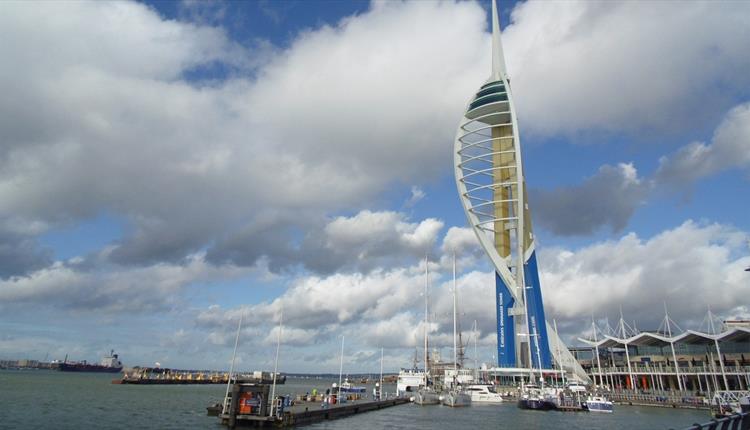 Emirates Spinnaker Tower is delighted to announce the return of its pop-up restaurant at the 170 metre viewing tower, following a sold-out debut season in 2016.

Multi-award winning Stephanie Moon has been a chef for over 20 years, starting her training at the Michelin-starred Dorchester Hotel in Mayfair, London under acclaimed chef Anton Mosimann before working in some of the finest hotels and restaurants across the world including 5 star hotel Park Hyatt in Sydney and Charlie Trotter’s Michelin-starred Chicago restaurant before returning to her Yorkshire roots to become Executive Head Chef at luxury hotel Rudding Park in Harrogate. Steph cemented her celebrity chef status on BBC2’s Great British Menu, representing the North East for three consecutive years on the popular culinary competition.

Steph is excited about her second season of Sky Dining events, commenting: "It was an honour to be asked to return to Emirates Spinnaker Tower for another set of Sky Dining evenings. The response from last year’s events was so positive that I can’t wait to do it all over again, with a brand new menu and even more incredible local produce from talented Hampshire and Isle of Wight suppliers."

Prices start from £85 per head with additional drinks packages available.