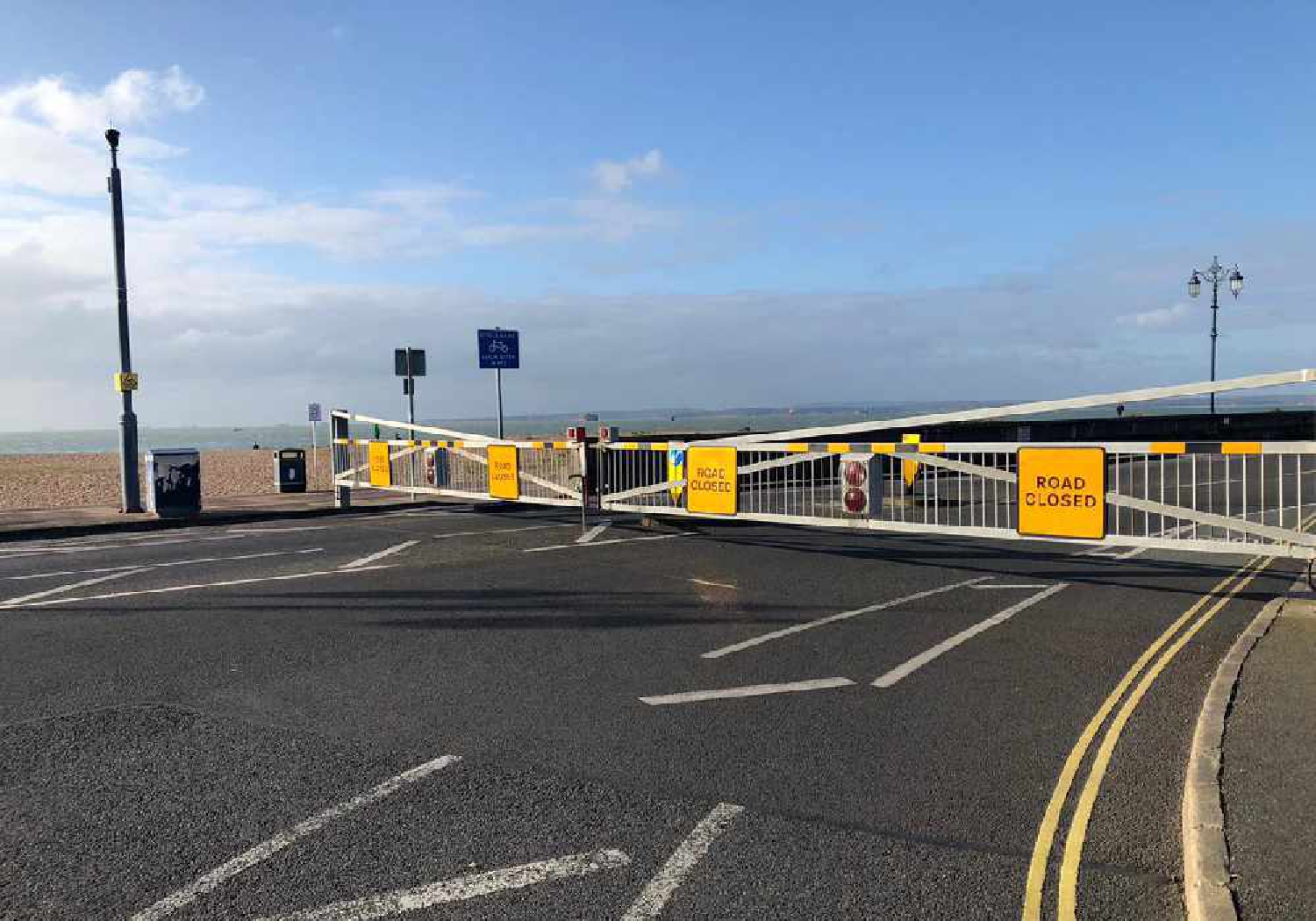 The temporary seafront road closures that have created a safe space for cycling and walking will remain following an extensive review.

This is supported by 12 hour counts of people cycling and walking along the seafront road in two locations, which recorded several thousand people using the seafront, with no serious accidents being recorded by the Police.

Potential changes to the eastern seafront road closure to ease traffic pressure on Eastern Parade were investigated. The lack of availability of physical barriers to put in any changes safely, however, meant that options to amend the closure quickly were not possible.

It is anticipated that the need for additional space for walking and cycling will reduce as children return to school in September.  As such, Eastney Esplanade will reopen to motor vehicles on the evening of Sunday 13 September and the western seafront road closure will be reopened on the 30 September in the evening.

If the infection rate increases nationally and government changes are made to the pandemic response, or changes are required on a local level, the temporary seafront road closures could be reinstated.

Further changes to support the focus on improving active travel for the health and safety of people in the city during the pandemic continues. Work is currently ongoing to close Canal Walk and Castle Road to vehicles to give more space for walking and cycling, and help create safer cycle routes.

Cllr Gerald Vernon-Jackson, Leader of Portsmouth City Council said "As promised, we have reviewed the temporary changes to roads in response to the pandemic and the data shows that 54 percent of people are in favour of the change along with an increase in usage, this clearly show the changes should remain until September. We are reopening the roads to vehicles at this point as this is when less people visit the seafront, but if infection rates increase or government guidance changes we will reconsider the temporary seafront road closure. Work will continue in other areas of the city to make space for safer cycling and walking."

Portsmouth News recently wrote an article about the controversy behind the road closure.