Ride Out for Life taking place this Sunday 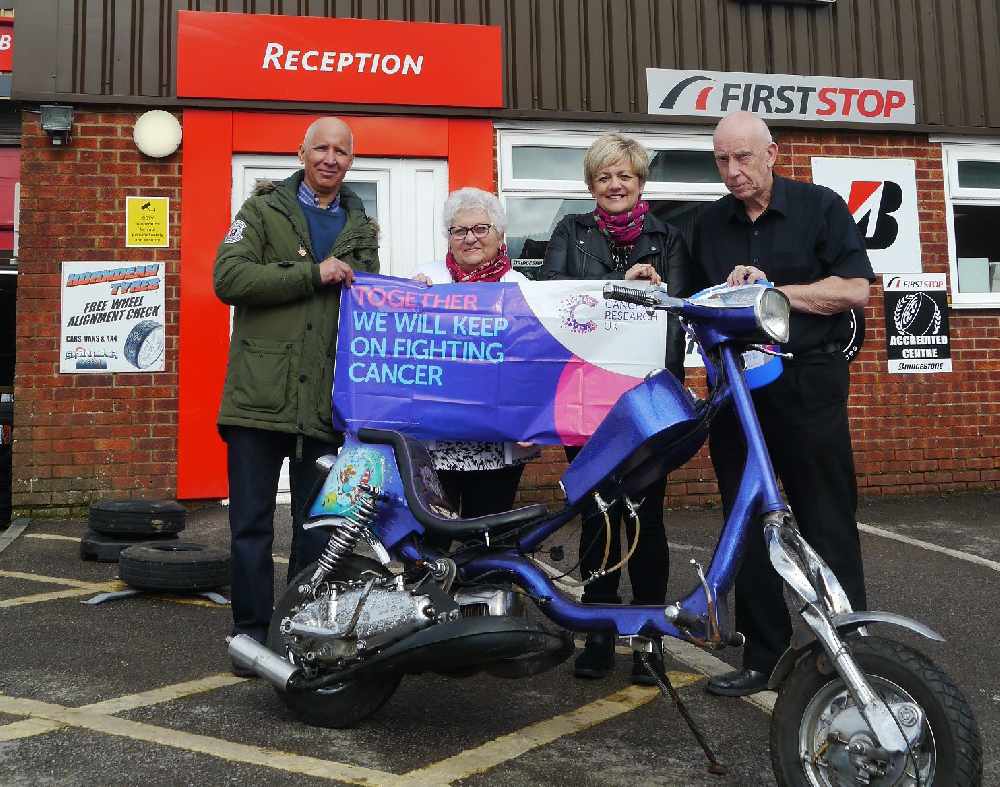 They're more used to charity events of the walking kind but now two fundraisers from Portsmouth are getting on their bikes to continue raising cash.

Tony Broome and Sandy Parkinson are organising 'Ride Out For Life' in aid of Cancer Research UK. The event is taking place at Horndean Tyres on Sunday 7th May and bikers from across the region are being invited to take part.

Tony Broome from Shoefix in Cosham has been fundraising for Cancer Research UK with Sandy for several years and is a scooterist himself. He said: "We are always trying to find new ideas for the charity so this year we had the idea of organising an event to involve the biking community. Everyone likes to go out for a ride on a Sunday, meet up with their friends, have a cup of tea and ride home again.

"So on the 7th of May, we're asking people to come to us, pay £2 to park up, have a cuppa and a bite to eat, buy some raffle tickets, listen to some music and enjoy the atmosphere."

Sandy, who is a former chair of Relay for Life which took place at the Mountbatten Centre, said: "It's something new and exciting and a different way to raise money. I'm looking forward to it."

The owners of Horndean Tyres were delighted to be asked about hosting it. Husband and wife team, Ron and Pat Michie have had their own personal experience with cancer after Pat was diagnosed with breast cancer in the past. Now nine years in remission, she said: "It's nice that people want to raise money for people like me that have had the disease. I'm only here because of people like Sandy and Tony and now I'm fit, I want to pass it on and do the same for other people."

Ron said: "I was over the moon to offer the premises. The more we can do to raise money for Cancer Research, the better."

Tony added: "I've had my own business for years and I see more or less the same people month in, month out, year in, year out. Out of all the illnesses that people suffer from, cancer seems to be everywhere and we want to do something to fight back."

The event is taking place between 10am and 4pm in the grounds around Horndean Tyres at Westfield Industrial Estate in Portsmouth Road. Anyone who is interested can find out more on the website.