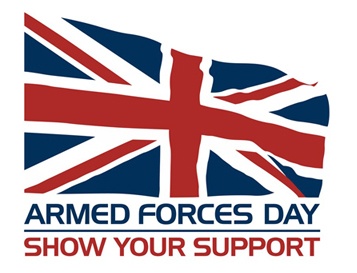 Portsmouth is planning to salute the armed forces with special events that celebrate the city's special links with the military.

The events, organised by Portsmouth City Council, take place in Armed Forces Week, which is designed to show support, respect and appreciation for the armed forces – including regulars, reserves, veterans and cadets, as well their families.

On Monday 19 June, the start of the week, there will be a flag-raising ceremony in Guildhall Square from 10.30am to 10.45am, part of a national Fly the Flag event.

On Armed Forces Day, Saturday 24 June, there will be a free community event on Castle Field, Southsea, from 10am to 4pm, sponsored by BAE Systems.

Commander Martin Evans, executive officer at Portsmouth Naval Base, said: "This will be a fantastic event. It will allow the local community to meet and engage with representatives from the armed forces, veterans and cadets and possibly, inspire all of us – of whatever age – to find out more about the armed forces family."

The day will begin with a flag-raising ceremony performed by members of the Royal Navy, the Royal Marines Cadets and veterans' associations, followed by a veterans' parade led by the Rose and Thistle Pipes and Drums band.

The rest of the day will feature arena displays showcasing the armed forces, including a rifle display by the Royal Marines Cadets and a gun display by the Fort Cumberland Guard.

There will also be food stalls, interactive displays, stands and activities for all the family, including children's rides and face-painting. The D-Day Museum will bring their pop-up museum, and the Military Education Trust will have a display of military vehicles.

Any armed forces-related organisations who would like to be involved in the event should email events@portsmouthcc.gov.uk