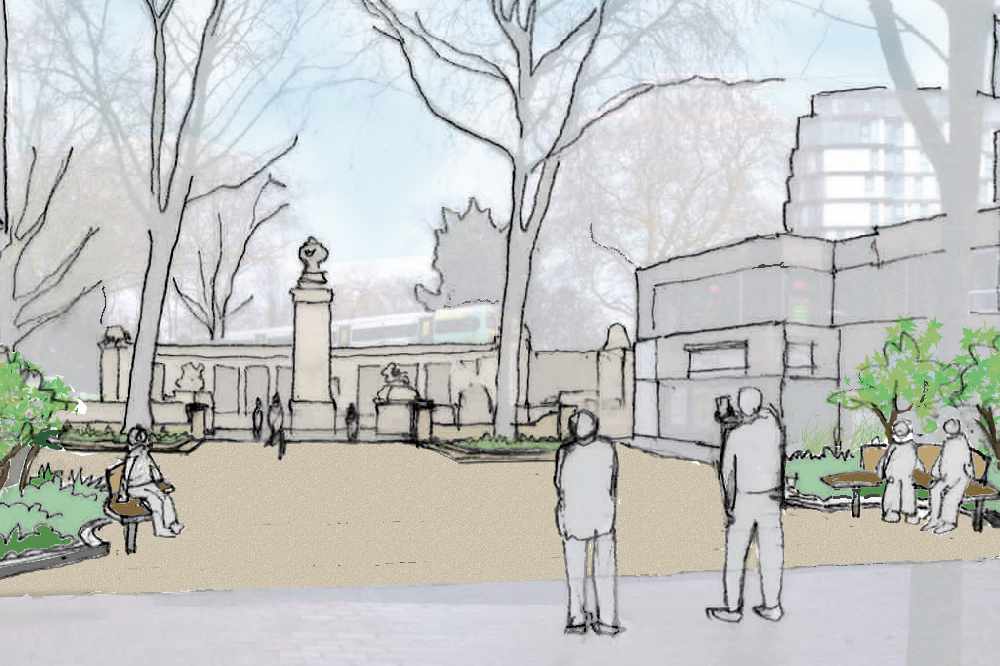 The design for developing the Guildhall memorial space, at the entrance to the city centre war memorial and Victoria Park, has been granted planning permission.

Over the next year the site will become an inviting reflective space that allows the Cenotaph to be more visible and prominent from further away, whilst also being a lovely place to sit and walk through to the park.

Proposals for the site, of the former Drift bar, were revealed to the public in March this year and included a walkway, trees and benches.

The Cenotaph is an important part of our memorial events in the city and the work will be carried out in such a way that these events can still take place. The first phase of work will see the steps being put in place ahead of Remembrance Sunday. Work will then pause during this time.

Portsmouth City Councill aims to complete the improvements ahead of the celebrations of the 75thAnniversary of VE Day next year. The Council also plans to add missing names to the war memorial to honour around 1,500 service personnel who died during the First World War but whose names did not appear. Anyone with a suggestion for a name to be considered should email ww1memorialnames@portsmouthcc.gov.uk

Cllr Steve Pitt, Cabinet Member for Culture and City Development, said: "The new stone paving and flowerbeds with steps down to the Cenotaph will make this a welcoming and inviting space, well suited to remembrance events.

The design is also considerate to our elderly veterans with the inclusion of removable handrails that can be put in place when needed so that visitors can pay their respects on the day. I look forward to seeing construction start this month on this lovely new space in Portsmouth."