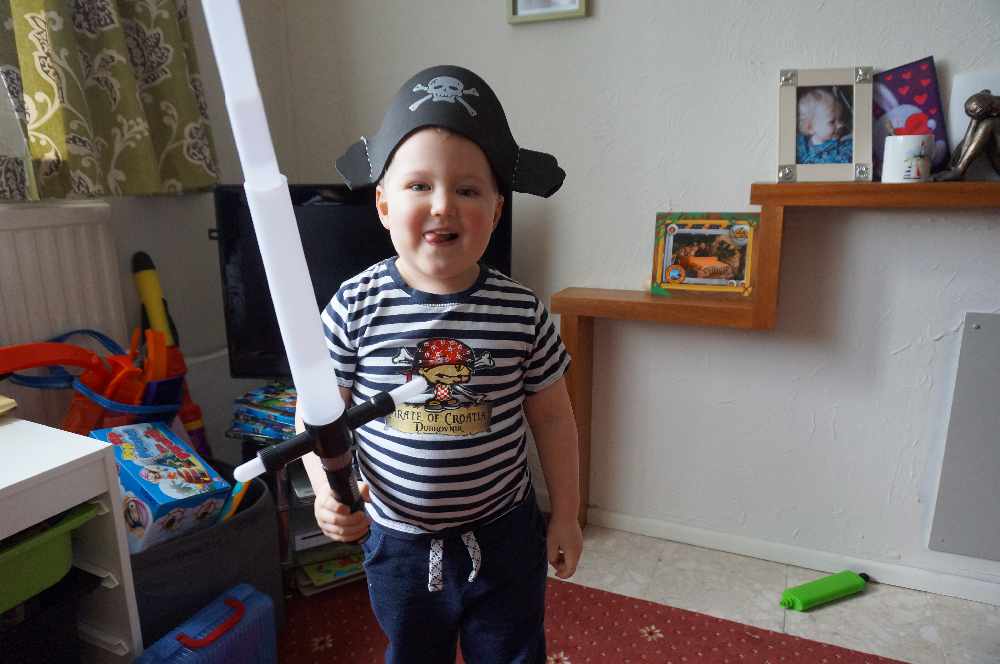 This Saturday, a special four year old boy will be lighting up the Emirates Spinnaker Tower to summon the pirates for his One True Wish, to have a pirate party on a real ship on the sea.

29 April celebrates World Wish Day, the anniversary of the first wish granted by Make-A-Wish back in 1986.

At the centre of this year’s celebrations is four year old Sebbie from Winchester, who has been fighting a very rare cancer-like condition called Langerhans Cell Histiocytosis, or LCH, since he was two.

Sebbie, better known as Captain Barnacle, has an extremely active imagination and loves dressing up like a pirate. He has even made his own ship – complete with the anchor and sails.

His Mum, Kristina, describes him as a “cheeky little monkey” saying, "Sebbie has such an imagination, and it’s built and built in his mind what the party will be. It’s going to be incredible.

"The wish will be lovely for all of us, we all need a bit of respite and it is something to look forward to."

Sebbie’s imagination inspired his One True Wish, which will be granted later on this year.

This year, Make-A-Wish will grant more than 25 wishes to seriously ill children like Sebbie, whose wish is to turn their imagination’s creation into memories they can treasure forever.

Volunteers will be collecting at Spinnaker Tower from 10am. on Saturday 29 April and Sebbie will be turning the lights at the tower on at 6.00p.m.

The charity encourages well-wishers to stop by on the day and donate a doubloon to help grant the wishes of more children like Sebbie! More children are turning to Make-A-Wish than ever before. Every pound donated will help make a huge difference to their lives. Find out more about Make-A-Wish at make-a-wish.org.uk