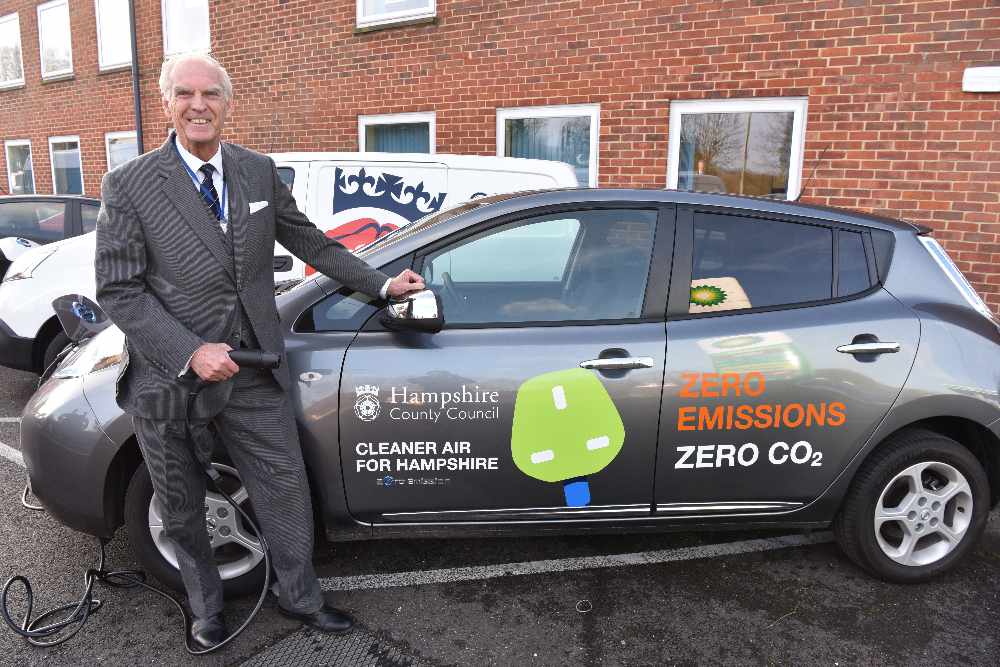 Hampshire County Council has rolled out its first electric vehicles for staff use as it aims to slash fuel costs and save over £200,000 a year.

A new electric delivery van and pool car based at Bar End, Winchester, will cost 97% less to ‘fuel’ than equivalent diesel vehicles. The County Council is also reviewing which other vehicles in its 156 small vehicle fleet could be replaced with electric equivalents – which could save £210,000 every year.

The County Council has already saved nearly £30 million in energy costs over the past seven years after cutting its carbon emissions by 38.1% since 2010. The local authority has now set a more ambitious target to cut carbon from 40% to 50% by 2025.

Councillor Mel Kendal, the County Council’s Executive Member for Economic Development, said: “As a publically-funded authority, it’s vital that our proposals make economic and environmental sense. The decreasing cost of electric vehicles makes this an ideal time to start replacing our small diesel vehicles – which could dramatically reduce our fuel costs and potentially save over £200,000 a year. Electric vehicles could also save an estimated 400 tonnes of carbon emissions, helping the environment and delivering cleaner air for Hampshire residents.

“We have also surged ahead in reducing our energy consumption - achieving far greater savings compared to several other comparable councils in the south, by cutting energy use in many of our buildings, installing solar panels on our roofs and replacing street lights with low-energy lamps.

“However, we cannot rest on our achievements to date. We are also developing and delivering further energy performance programmes including replacing lights with low energy lamps in many of our buildings, and investigating the use of cutting edge battery technology to store power. These will all contribute to our new ambitious energy saving target.”