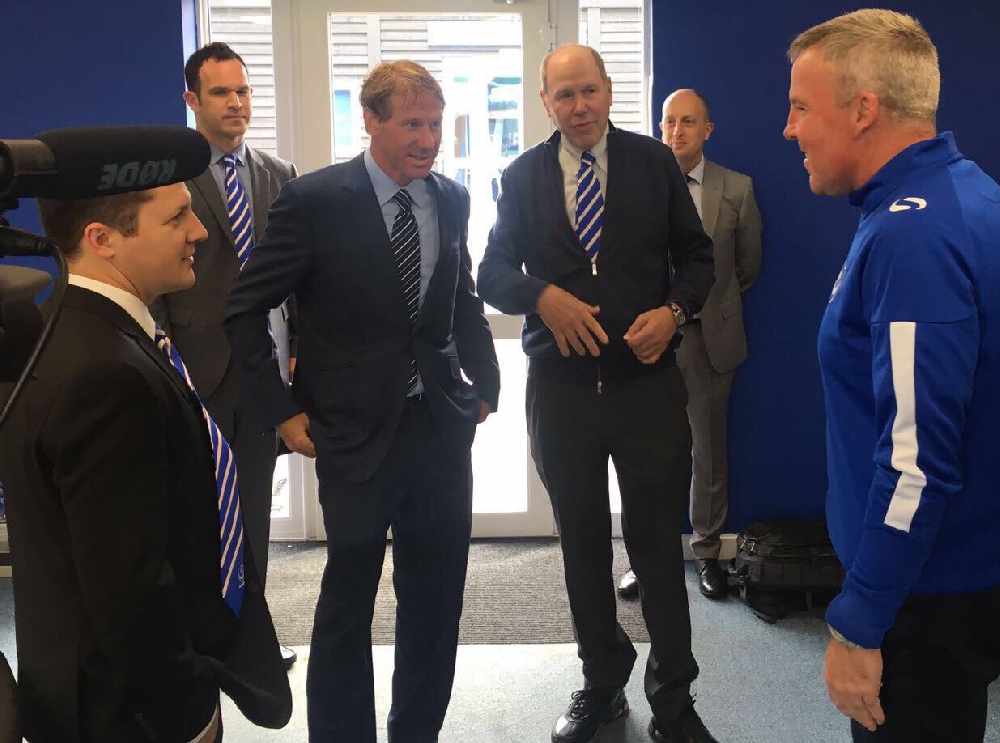 The purchase of Portsmouth Football Club (PFC) has been completed by The Tornante Company, it was today announced by Michael D. Eisner.

Michael Eisner and his three sons, Breck, Eric and Anders, will make up the board along with Andy Redman, president of Tornante, and Mark Catlin, PFC CEO. Michael’s family will join the management of the club at Fratton Park in attending their first match as owners on the opening day of the EFL League One season on August 5, when Pompey welcomes Rochdale.

“My family and I are thrilled to take on this incredible responsibility as stewards of a football club with such a rich heritage,” Eisner said. “We have come to know the Pompey community in recent months, and we are extremely impressed by their passion, dedication and love for their club.”

In addition to announcing the closing of the acquisition of PFC, Eisner announced that Catlin, who has served as the CEO for the past four years and was named CEO of the year by F.C. Business, has entered into a long-term contract to continue to serve as Pompey’s CEO. Eisner pointed out that “the arrangement continues Mark’s leadership and ensures the stability of the club for the long term.”

“We have been on a remarkable journey, and one that everyone associated with this amazing club should rightly be proud of,” said Catlin. “It has been an honour and privilege for me personally to represent PFC and our incredible fans during this time. Now we embark on an exciting new chapter in the club’s history, and one that, under the stewardship of Michael Eisner, his family, Andy Redman and the Tornante group, I am totally confident will continue to build on the strong foundations that have been built over the past four seasons.”

The Eisner family also thanked the Pompey Supporters’ Trust, the presidents and all Pompey fans for their unprecedented efforts to save and stabilise the club over the past four years.

“The football club wouldn’t be here today if it wasn’t for the against-the-odds commitment of Pompey supporters who came together and saved this club. This is and will always be your team,” said Eric Eisner on behalf of himself and his brothers, Breck and Anders.

With Catlin at the helm and manager Kenny Jackett preparing for the season, the club is poised to build on the momentum of its recent League Two title success and promotion to League One. Redman added, “We have many challenges ahead of us, but we have a terrific leader in Mark, and we’re going to work with him and Kenny to position the team for success in the coming seasons.”

Iain McInnes, who served as PFC chairman, added, “Harnessing the indomitable Pompey passion with his Tornante team aided by a few current stalwarts, Michael has every opportunity to take your club back to previous and sustainable heights. Jane and I wish Michael, (his) Jane and their family every ounce of good fortune and chance of success in this great venture. PUP.”

Pompey Supporters’ Trust Chairman Ashley Brown said, “The supporters fought hard to save Pompey, they’ve given the club incredible support under fan ownership, ensuring its successful promotion from League Two as champions. Our passionate supporters now willingly pass the custodianship of Pompey to Michael Eisner, his family and Tornante. It is clear that Michael and his family have caught the Pompey bug and we hope to see them regularly at Fratton Park, sharing many more successes on the pitch as part of the Pompey family.”

Brown added, “The four PST board members who have represented the Trust on the PFC board feel incredibly honoured and proud to have held that position at a club they love. The many other fans who were involved in ensuring Pompey’s survival should feel equally proud of the part they played, and we join together to welcome Michael and his family to our city, our club and look forward to exciting times ahead.”