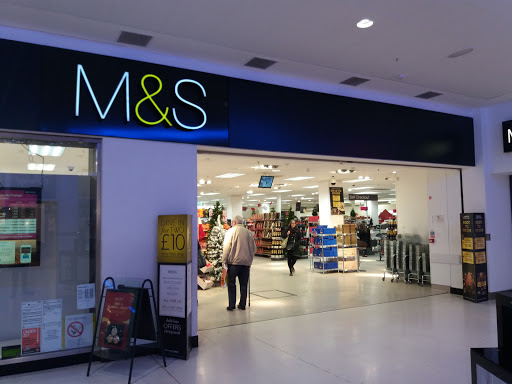 Marks & Spencer has announced it is proposing to close it's Cascades Portsmouth store in early 2018.

It's part of the companies review of their stores and are today consulting with staff over the closures - which include 5 other shops across the UK.

The company say they plan to open a new Foodhall at Ocean Retail Park early next year.

Gordon Scott, Regional Manager of Home Counties South at M&S, said: "Proposing to close our store in Portsmouth is not a decision we have taken lightly. We value the loyalty of our customers in the city and know that some of them will be disappointed by this proposal. We are working closely with our colleagues on the consultation and would help them relocate to other stores, should the closure go ahead. It is our intention that nobody would leave M&S.

"We are committed to delivering the very best of M&S for shoppers in the area, which includes the proposed new Foodhall at Ocean Retail Park and our recently opened store in Havant."

The Havant store opened last year and they also have an outlet store in Gunwharf Quays. If the Commercial Road store does close the company have confirmed that all staff would be guaranteed redeployment at nearby stores.

The companies plans going forward include opening 200 new Foodhalls and reducing the places they sell Clothing and Home products by 60.