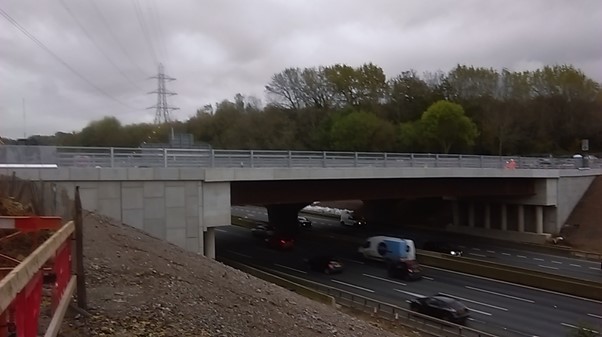 Road users are reminded that the M27 will be closed between junctions 3 and 4 this weekend for the demolition of the final part of the old Romsey Road bridge.

The M27 will be closed from 10pm on Friday 31 January and will reopen at 5am on Monday 3 February. This is to allow for the demolition of the eastern half of Romsey Road bridge.

This vital work has been carefully planned, but severe congestion is expected in the area and road users are advised to plan their journeys, leave plenty of extra time, and consider using alternative modes of transport where possible.

During the weekend closures of the M27 the following clearly signed diversions will be in place:

Eastbound:
The eastbound diversion entails a number of different routes, depending on direction and the type of vehicle. 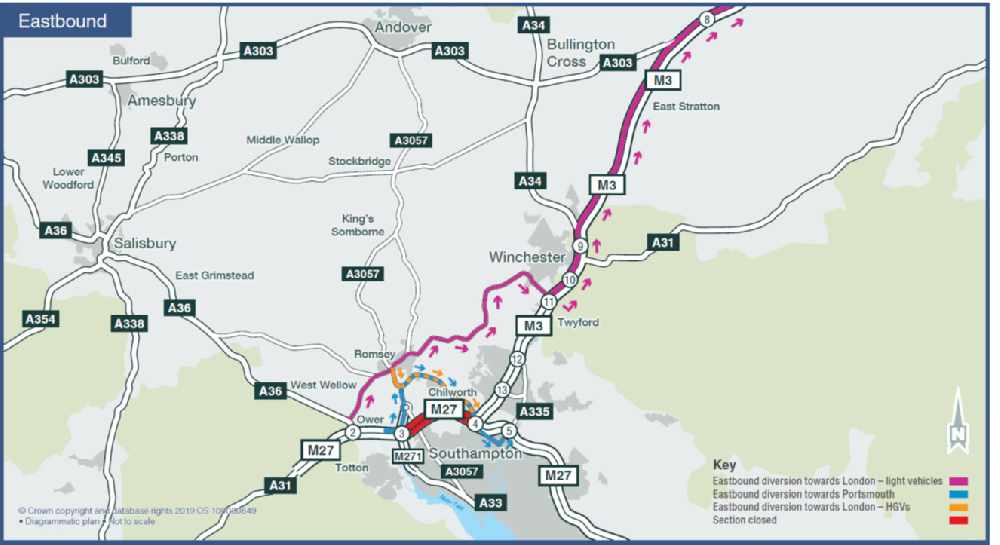 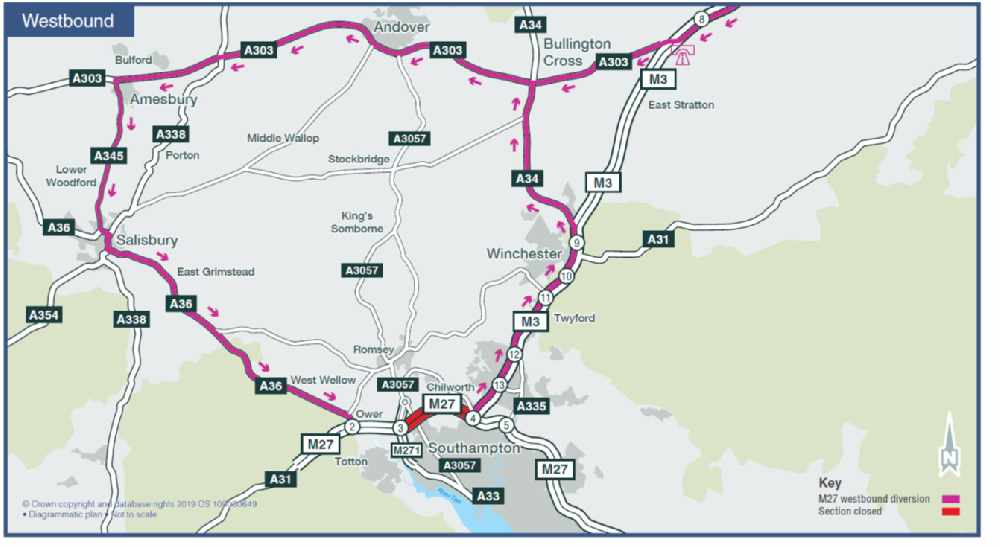 This weekend closure is the last one of three. The first closure to demolish the western section of the bridge took place in September 2018, with the second closure to install the new bridge in June last year. The new bridge was opened to traffic last month, meaning the eastern bridge could be prepared for demolition. Traffic on the new bridge is currently controlled by temporary traffic lights and this is likely to last until March.

This work has been carefully planned and agreed with Hampshire County Council, Southampton City Council, the emergency services and other stakeholders.