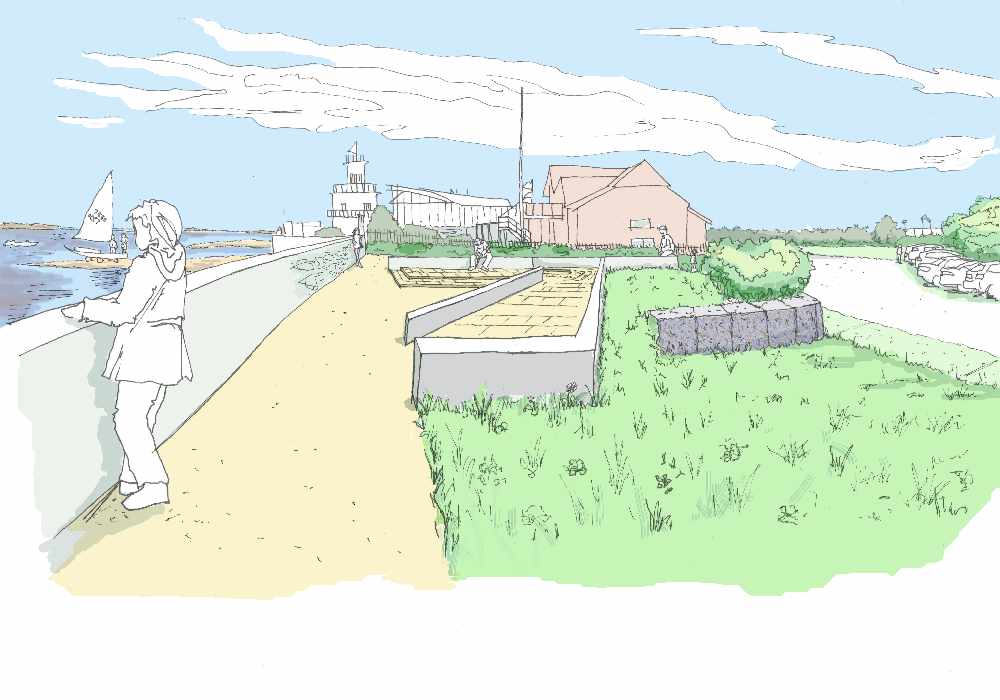 New coastal defences worth £14.5 million are being built at Kendall’s Wharf and Eastern Road as part of the North Portsea Island Scheme.

For the first stage, Kendall's Wharf, construction work is planned to start later this month and will continue until Spring 2020. The work includes the construction of an earth embankment and walling as well as raising the access road into Kendall's Wharf.

Work will begin later this month, with the site compound due to be installed from the 25 November 2019, located adjacent to Aggregate Industries.

Two temporary access roads will be built before work starts on the embankment and wall. There will be a diversion in place for the coastal path to keep the public safe. Access to the sailing club and watersports centre will be maintained using one of the temporary roads and businesses will be open as usual. There are no road closures planned for the Eastern Road.

A planning application for the second stage of the work at Eastern Road was submitted in September 2019. Subject to planning approval, the work is planned to begin in April 2020. This work will include the construction of a seawall and raising the footpath in order to maintain views.

Public space and paths along the coast will be improved and any areas cleared of vegetation will be replanted with a range of specially chosen species including a mixture of grasses, trees, shrub and species rich meadow. The new plants will be more visually and ecologically diverse than what was there previously, creating a better habitat for local wildlife.

Rob Pearson, contracts manager at Mackley, said: “Having previously worked in Portsmouth to deliver the first phase of coastal defences at Anchorage Park in 2015, Mackley is delighted to be returning to the island.
“Planning permission has been granted for the first section of the project – and Mackley’s award-winning team is ready to get the works underway in the coming weeks.”

The new defences are part of a wider flood protection scheme for the North of Portsea Island. The scheme is designed to reduce the risk of flooding from the sea for the next 100 years to over 4,200 homes and nearly 500 business worth around £640m. The work at Kendall’s Wharf and Eastern Road will tie in with the defences already built at Anchorage Park to the North and Milton Common to the South. The previous phase at Tipner Lake has just been completed and reopened to the public.

Guy Mason, coastal defences manager at Portsmouth City Council, said: "This is an exciting next step for the North Portsea Island flood defence scheme, commencing the fourth out of five phases. We were delighted about the positive response to the recently completed and reopened landscaping as part of the scheme around Tipner Lake, and we will continue to focus on improving public spaces with this next phase."

The scheme is being carried out by the Eastern Solent Coastal Partnership on behalf of Portsmouth City Council. More information about coastal defences in Portsmouth is available at www.escp.org.uk