Hundreds of people raise more than £1,600 for charity 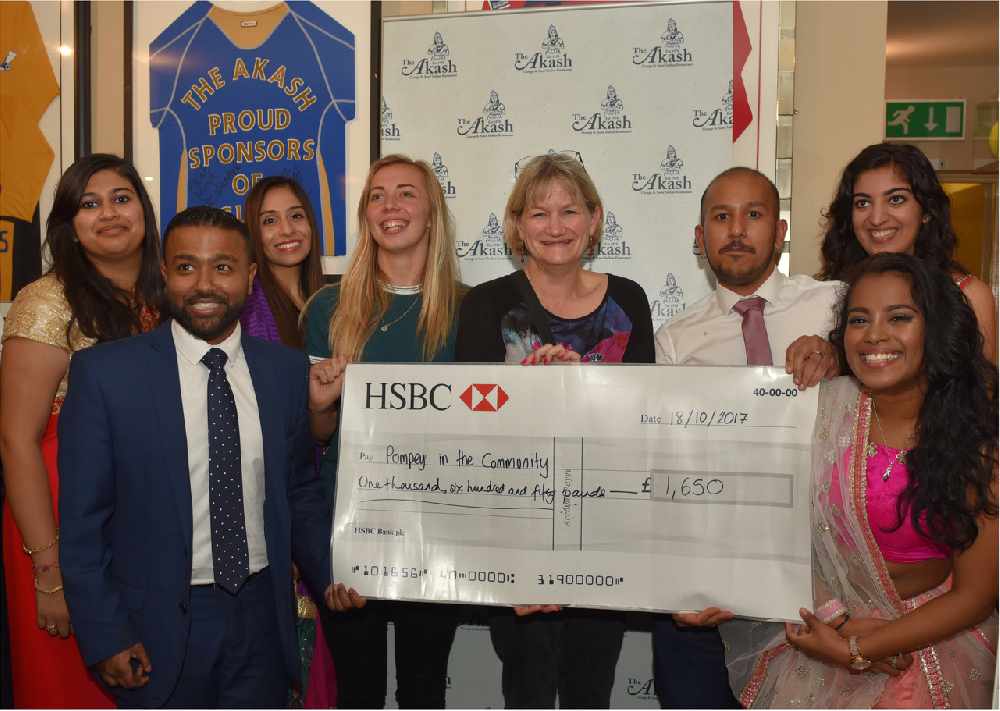 Members of the community have rallied together in their bid to support a local charity affiliated with Portsmouth Football Club.

The Akash, on Albert Road, in Southsea, saw more than 100 people dine in their restaurant for a two course meal, a Bollywood dancers performance, raffle and auction. The event on Wednesday, October 18th raised at least £1,650 for Pompey in the Community.

Tash Stephens, who was a part of organising the event, says she is overwhelmed by the money raised. She said: “Tonight has been absolutely fantastic. It was less stressful than I thought but it is so good to see the community come together for such a great cause. I am not originally from Portsmouth but when I can here I immediately felt included in the Portsmouth community. Tonight was a prime example of them coming together.”

The auction included a signed shirt from the Portsmouth Football Club squad, a Sunday lunch for four people, a personalised message from a member of the club, and a curry course with The Akash manager Faz Ahmed. Encouraged by the amount of cash raised Faz Ahmed says he is grateful for all of their customers who support the events they host and brother Jaff says: "It's great to be a part of an event like this and it is even better when the volunteers from the community come together to make it a success.

Faz said: “Pompey in the Community does so much for people of all different ages living in our community. I thank them for everything they do and am so appreciative of the generosity of people who attended this event. We have worked with this charity for some time now and will definitely continue to support them.”

Special thanks go to Gary ‘Akash’ Barton who has supported numerous events held at the family-owned restaurant. On the evening he spent at least £500 which will be pumped straight back into the charity.

Fiona Bristow, spokesperson for PITC, enjoyed the evening adding: “If it wasn’t for the fundraising from the community we would not be able to do a lot of what we do. We are affiliated with the football club but have to raise all of our own money through grants and fundraising. Thank you so much to all those involved.”