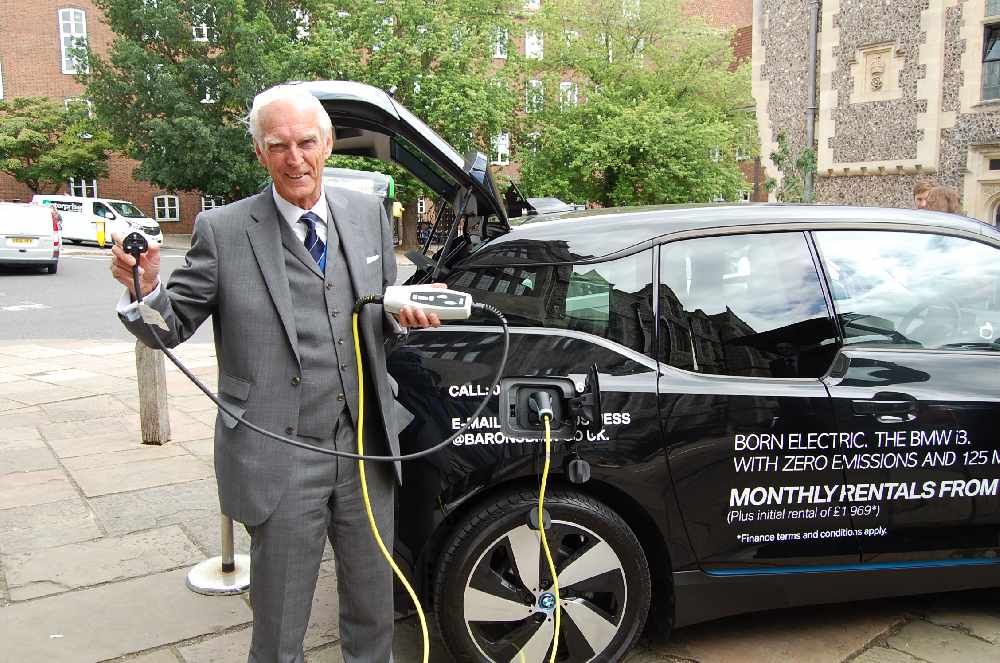 Hampshire County Council is driving forward plans to expand the number of electric vehicle charging points across the county, and converting its small vehicle fleet from diesel to electric as part of a £2.7 million investment in energy saving technology.

The proposals were highlighted at the County Council’s headquarters in Winchester, where public authorities across Hampshire and the Isle of Wight met to discuss the best way to grow the electric vehicle network as part of a wider programme to cut energy costs and carbon emissions.

Councillor Mel Kendal, the County Council’s Executive Member for Economic Development, said: "There are now more than two million electric cars in the world, and in May this year a record 4.4% of new cars sold in the UK were hybrid or electric models. However, more work is needed to power a further surge which is why we’re delighted that so many local partners joined us today to share plans and ideas.

"As a County Council it’s important we show leadership, but recognise we stand a much better chance of succeeding by working together with partner authorities and the private sector."

After saving £29.9 million in energy costs and cutting carbon emissions by 35.8% since 2010, the County Council recently published plans to invest £2.7 million in to the next phase of its Energy and Carbon Management Programme which includes:

Cllr Kendal added: "We all have a desire to reduce carbon emissions to help residents and our environment. However, as a publically-funded authority, it’s vital that our proposals make economic as well as environmental sense. The next phase of our programme is estimated to deliver an annual saving of at least £450,000 per year on a recurring basis, with a return of investment ranging from 2 to 8 years on different elements of the programme.

"This sound and sensible economic planning is crucial if we’re to continue with our impressive cost savings."

Funding for the next phase of Energy and Carbon Management Programme is due to be considered for approval by the Leader and Executive Member for Policy and Resources, Councillor Roy Perry, at his Decision Day on 18 July.