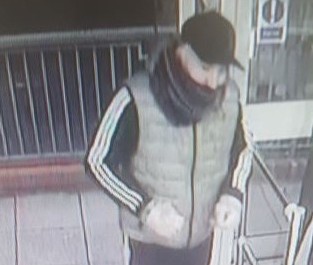 Detectives investigating an armed robbery at a store in Southsea have released CCTV images of two men they’d like to speak to.

Police were called just before 10pm on Saturday, November 16, following the robbery at the Co-op store in Great South Street.

Two men were reported to have pushed a female cashier, stealing the cash from the till, before threatening a security guard with a knife as they fled.

Fortunately no one suffered any injuries.

Detective Sergeant Paul Stenton said: “We know that the images are not great, but we’d like to speak to these two men and hope you might recognise them from their clothing.

“If you think you know who they are, please let us know, as we believe they will have information which could help our investigation.

“We’d also like to hear from anyone who has any private CCTV in the area or who saw anything suspicious that evening.”