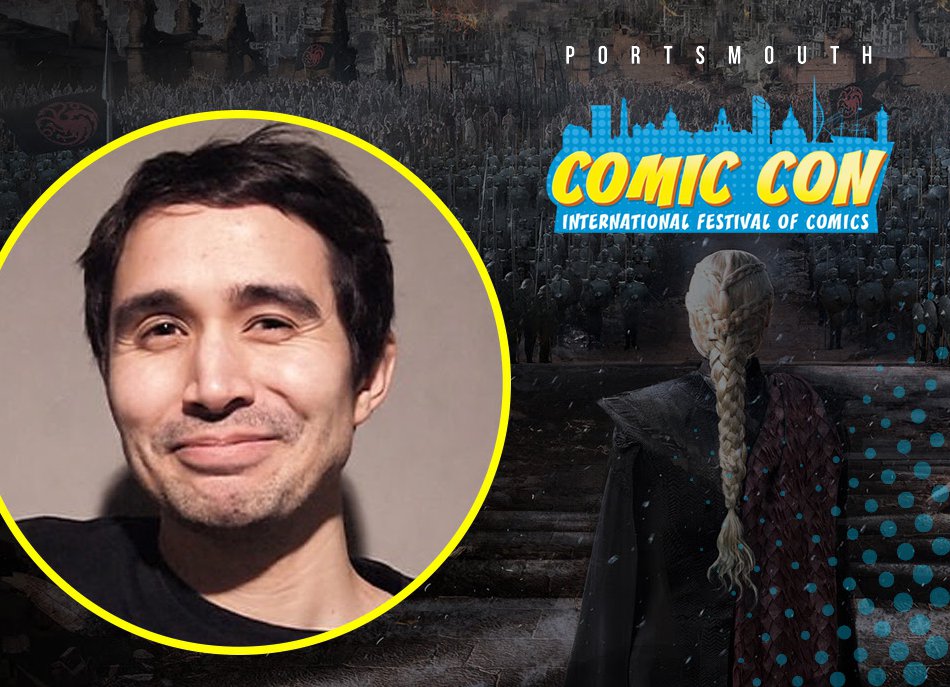 The next wave of guest announcements for what is shaping up to be the hottest Comic Con in the UK in 2020 is here!

Portsmouth Comic Con – International Festival of Comics, the largest event of its kind in the South, returns to Portsmouth Guildhall on Saturday 2nd and Sunday 3rd May with the best of comics, film, TV and pop culture entertainment for aficionados, fans and families alike.

Next to join the prestigious Artist Alley, sponsored by Catawiki, is professional artist with over 30 years of experience in drawing for the top comic publications, Rick Leonardi. With his expertise in ‘penciling’, Rick has drawn The Amazing Spider-Man, Thor, X-Men, and Daredevil for Marvel Entertainment since 1980, Batman, Nightwing, Batgirl, Superman and Justice League for DC Comics since 1984 and Predator, Star Wars, Aliens and Hellboy for Dark Horse since 1991.

Leonardi’s work also includes a range of Graphic Novels including Green Lantern vs Aliens, Darth Vader vs Darth Maul, General Grievous and Watson and Holmes: A Study in Black, which was nominated for the Eisner Award, Best New Series in 2014.

Also joining in 2020 is visual concept artist, Kieran Belshaw. Kieran has worked with some of the biggest names in the industry from James Cameron to Warner Brothers and HBO and his most recent work includes concept design on the recent release Terminator: Dark Fate. He has previously produced extensive concept work for seasons 5-8 of Game of Thrones, as well as ‘Allied’ starring Brad Pitt, Guy Ritchie’s ‘King Arthur: The Legend of the Sword’ and ‘The Man from Uncle’.

Kieran also works in matte painting and has delivered work at The Mill, London and worked on films Clash of the Titans, Prince of Persia and Robin Hood.

Alongside Artist Alley, Portsmouth Comic Con features incisive panels, interactive fun in the form of VR experiences, robots, retro and board gaming plus cosplay, exhibitions, displays, workshops, a Comic City packed full of merch and collectables and for 2020 the Con also features a ‘Celebration of Female Superheroes’ (Saturday) and ‘A World of Witchcraft and Wizardry’ (Sunday).

Returning to Portsmouth in 2020 by popular demand is the incredible British FX Artist, Gary Pollard with his interactive sculpture demonstration display where you will see an amazing 2ft creature develop before your own eyes! Pollard’s impressive CV includes work on Harry Potter, Star Wars, Jim Henson’s The Storyteller and Red Dwarf. He has also worked extensively on BBC’s Doctor Who.

Book now to avoid disappointment! Early Bird prices are now in place until end of February 2020 and with many sessions a sell-out each year, you will not want to miss this one. A range of day session tickets and great value full weekend tickets are available at www.portsmouthcomiccon.com or on 0844 847 2362 (calls cost 7p per minute + network access charge).