A new Naval Base Commander promises ‘exciting future’ for Portsmouth 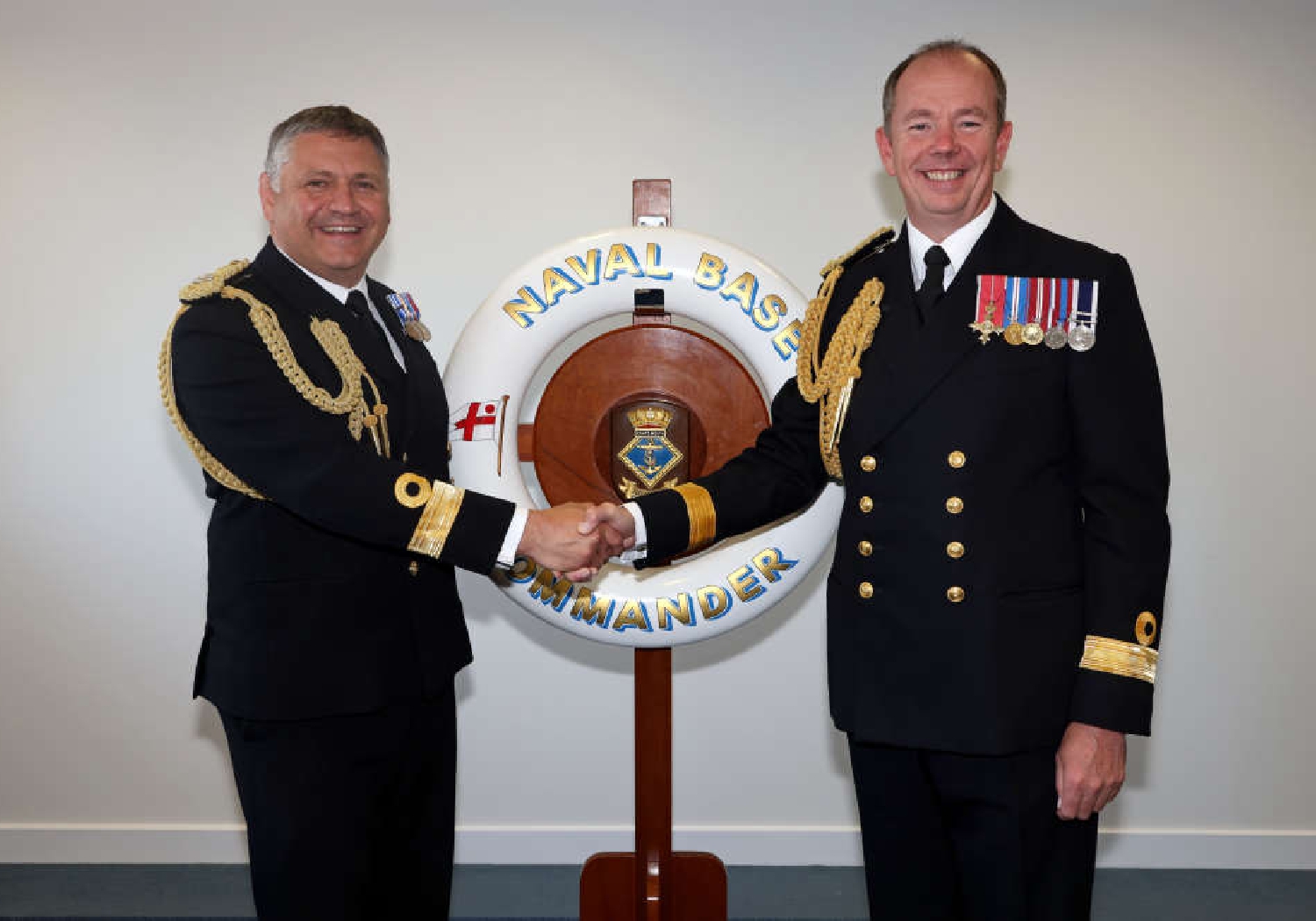 Commodore John Voyce assumes command of the nation’s most famous naval dockyard, taking over from Commodore JJ Bailey who has guided the huge establishment through the past three years.

He’s been responsible for supporting the Navy at a time of immense change and growth, not least ensuring the base can meet the demands of two 65,000-tonne Queen Elizabeth-class carriers when they are alongside – often at the same time – as well as the entire flotilla of Type 45 destroyers, around half the Frigate Force, Offshore Patrol Vessels, Hunt-Class minehunters and P2000 patrol boats, and the wide range of Defence organisations that operate from within the Naval Base.

In addition, there’s been the no small matter of meeting the demands of front-line ships amid the pandemic and frequently supporting our allies and partners who have visited the UK and the Naval Base. During this time the Naval Base prepared, deployed and recovered the Carrier Strike Group, led by HMS Queen Elizabeth.

He has also been at the forefront of Defence’s Net Zero carbon programmes to reduce the carbon footprint of the Naval Base and at the same time continuing to drive down energy bills (energy efficiency measures and installation of solar panelling) and curb emissions (improving insulation and cutting usage) across the 300-acre site, where over 10,000 people – serving personnel, civil servants, employees of our partners in firms such as BAE Systems, KBS Maritime, SODEXO & SERCO and contractors supporting the activities of the Fleet – work daily.

A marine engineer by specialisation, Commodore Bailey, who was born – and continues to live – in Portsmouth said of his time at the helm in Portsmouth Naval Base: “It has been my immense privilege and pleasure to serve the Royal Navy, the people who work in and are supported by the Naval Base, and this great city over the past three years.

“We have seen the steady rise of ship support activity now that both HMS Queen Elizabeth and HMS Prince of Wales are operating from the city, and it has been a tough time for us all as we have delivered through the disruption of the pandemic. It is nearly impossible to pick a highlight, but my proudest moment has been when we exercised our Freedom of the City back in March this year, the first time for 25 years. Portsmouth has supported the Royal Navy for centuries and is rightly recognised as the home of the Royal Navy; thank you for your continued support.”

His successor makes the short journey from Gosport to take charge of the naval base having been Commanding Officer of the RN’s marine and air engineer establishment, HMS Sultan since May 2019 – after an extensive career as a Marine Engineering Officer, including two years in charge of the engineering department on aircraft carrier HMS Illustrious.

Commodore Voyce said: “I am both delighted and excited to combine my passions for engineering, people, management, and the Royal Navy into the role of Naval Base Commander of Portsmouth Naval Base and continuing my predecessor’s excellent work.

“I feel privileged to lead the naval base team, with our industry partners, into what promises to be an exciting future for the naval base, the city and the Royal Navy.”

The new Naval Base Commander said he had “utterly enjoyed every day as HMS Sultan’s Commanding Officer”, adding: “I am in debt to the superb military, civil servant and civilian colleagues and staff and thank them all for the successes we have achieved. I wish my successor the greatest success in taking Sultan’s training forward into our transforming Navy.”