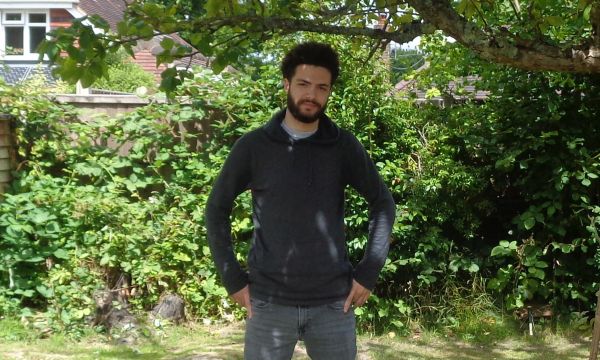 Following fast in the footsteps of his older twin sisters, and at just 19 years old, Cathum Safi has finished his biomedical science degree at the University of Portsmouth with first class honours – three years early.

Starting his degree at the age of just 16, Cathum is the youngest student to have ever achieved this feat at the University.

Not surprisingly, Cathum is the youngest in his family to achieve such academic excellence, but he is not the first.  His twin sisters, Hannah and Emmal, both graduated from the University of Portsmouth in 2014 with first class honours degree in physics.  Newspapers called them ‘Britain’s brainiest twins”, and it seems only natural that Cathum is keeping up the family tradition.

All three siblings have displayed remarkable academic aptitude.  As well as attending the University of Portsmouth, Cathum, Hannah and Emmal were home schooled by their parents.  Proud mum Pam, said: “Cathum went to the same university as his sisters but was only 16 – the youngest ever to take on a biomedical science degree.  His first class honours degree is quite an achievement considering his age”.

The twins both went on to further studies.  Hannah focused on biosciences at University College London and Emmal did a degree in astrophysics at Keele University.  Hannah is now specialising in cardiology at St Bartholomew’s Hospital, whilst her twin sister Emmal is a senior scientist at the National Physical Laboratory, working on planetary and environmental issues.

Cathum says his main areas of interest are neuroscience and immunology. He wants to become a doctor. During his degree course he completed placements at the A&E department at Southampton General Hospital and the pathology department at the Queen Alexandra Hospital in Portsmouth.

Cathum said: “My goal has always been to study medicine.  Being home taught, I’ve never had lessons or lectures so university was a challenging environment to adapt to, but I managed to integrate well.  Most of the other people there were older but I was made to feel very welcome.  I now feel ready for my next challenge – a medical degree.”

Cathum’s personal tutor, Dr Qian An, Senior Lecturer at the University of Portsmouth said: “I am delighted that Cathum's achievements are being recognised in the broader community.  He has been a proactive and focused student who had a clear idea of where he wanted to go in his future career. It is very rare for someone to have received a first class honours degree at such a young age. I am of course impressed by his achievements, but not entirely surprised.  I wish him every success for the future”.