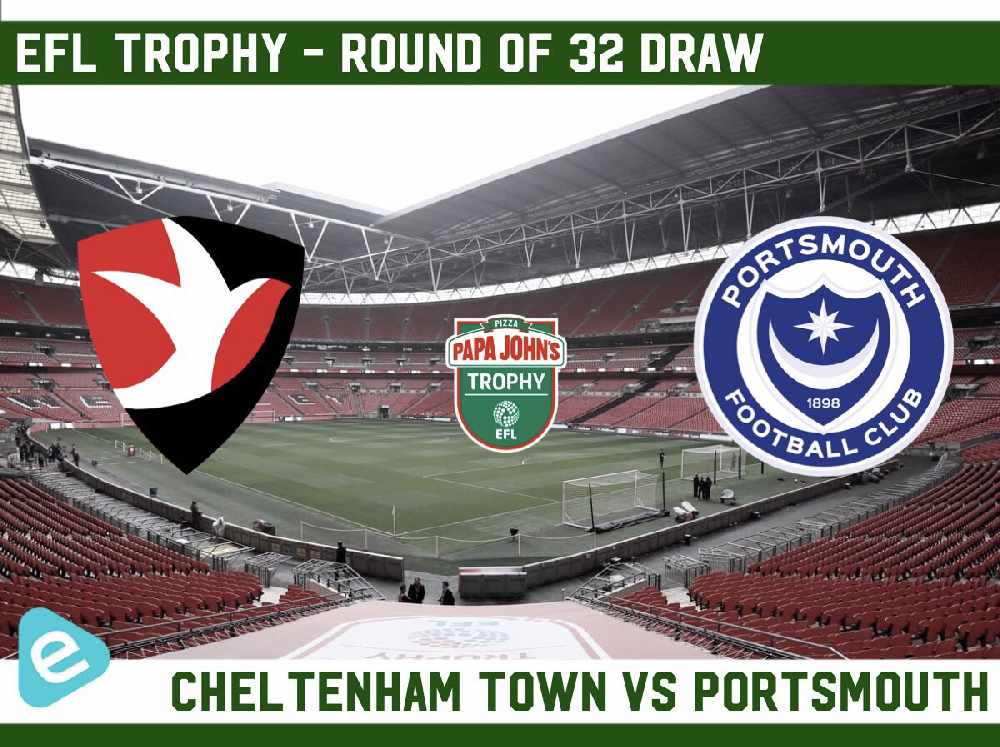 The draw for the Round of 32 stage of this season's Papa John's Trophy has been made - Kenny Jackett will take his side to the Jonny-Rocks Stadium on the week commencing December 7th.

The Blues were defeated by a goal to nil in their final Group Stage fixture on November 10th, with the West Ham United Under-21s claiming all 3 points at Fratton Park to top the Southern Section Group A. Kai Corbett scored the game's only goal in the 4th minute to earn his side home advantage in the Round of 32.

Pompey's last defeat in this competition prior to that one against the Hammers came in January 2018, when the Chelsea Under-21s left PO4 with a 2-1 victory after extra-time to progress through to the Final 16.

There were 1,037 days between those two losses, in which time the Blues had secured 17 consecutive wins, one title success in March 2019 and even another run to the Final last campaign - although that match against Salford City has still not been played due to the ongoing concerns for supporter safety in relation to the outbreak of COVID-19.

Up next in Kenny Jackett's bid to retain the trophy title is a trip to League Two outfit Cheltenham Town, who will host Pompey at Whaddon Road (known as the Jonny-Rocks Stadium for sponsorship purposes) on either Tuesday the 8th or Wednesday the 9th of December.

To reach this stage of the competition, The Robins secured wins in each of their Group Stage fixtures, defeating Newport County, Plymouth Argyle and the Norwich City Under-21s without conceding a goal, therefore topping Group F of the Southern Section.

The last time these two sides met, Pompey ran out 6-1 winners at Fratton Park to secure the League Two title on the final day of the 2016/17 season. Prior to that victory, the Blues and The Robins had played out five consecutive stalemates.

Here is the EFL Trophy Round of 32 draw in full...

As always, full coverage of Pompey's trip to Cheltenham will be LIVE here on Express FM and iFollow Pompey, with uninterrupted kick-by-kick commentary via our colleagues at Radio Solent.

Jake Smith will be previewing the game on The Monday Football Hour on December the 7th!