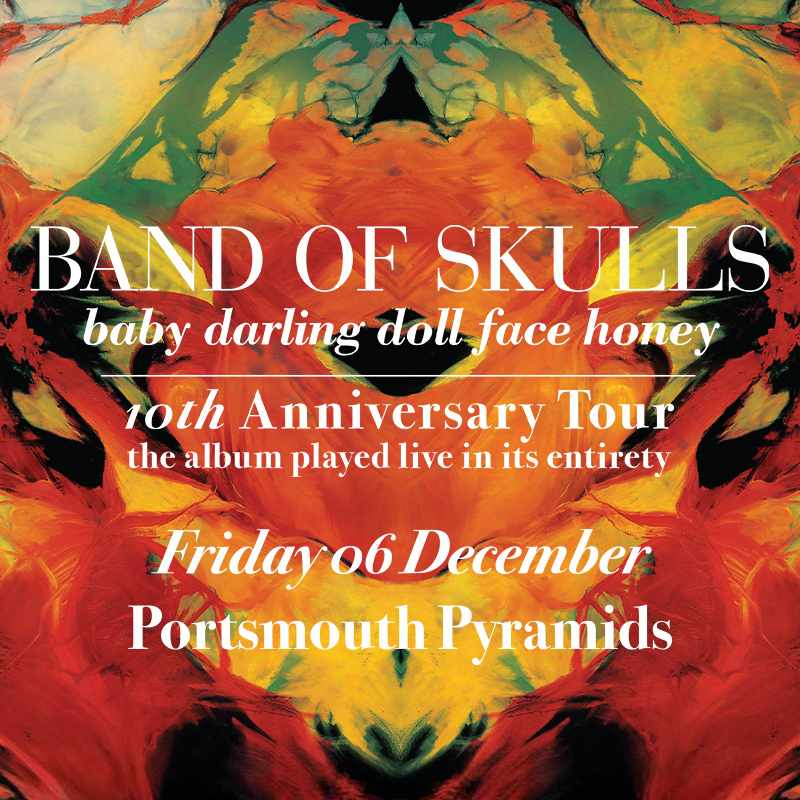 Band Of Skulls - Russell Marsden (guitar, vocals) and Emma Richardson (bass, vocals) - will embark on their second headline UK tour of 2019 in November and December.

Earlier this year, they released their fifth album, the Richard X produced Love Is All You Love, described as “prowling pop perfection…. the most harmonious clash of muck and melody in recent history" by Classic Rock in their 8/10 review.

The event runs from 7:00pm to 11:00pm on the following dates.
Select a date to add this event to your calendar app.