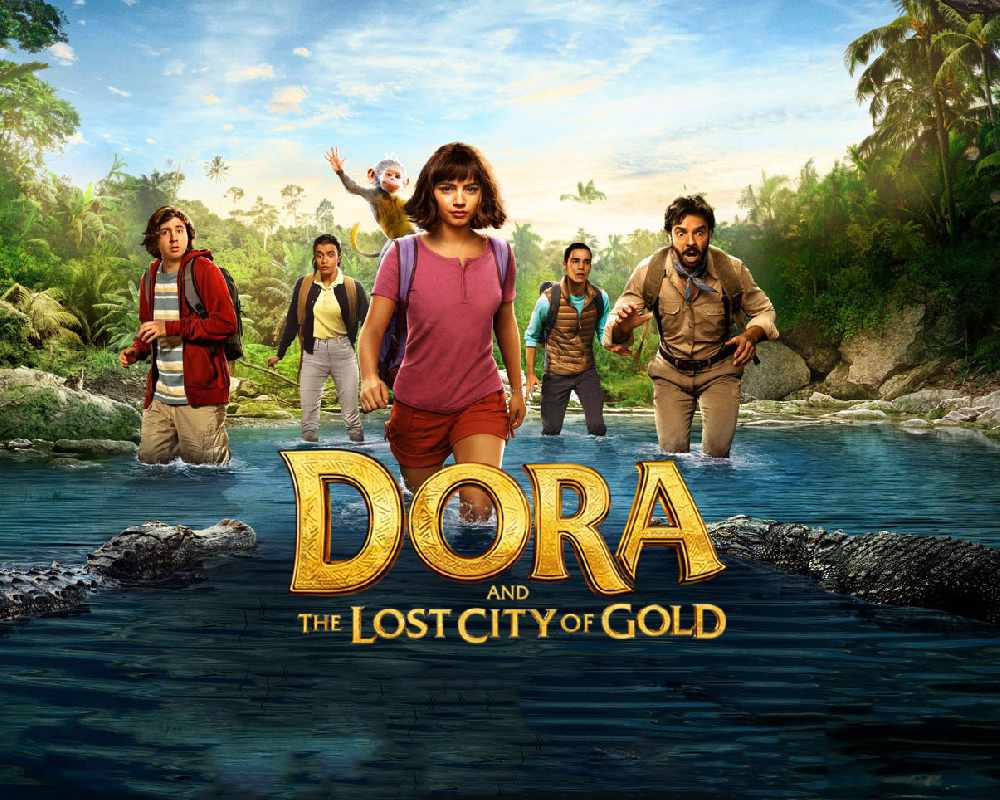 We’re getting super excited for the release of the big-screen adventures of ‘Dora The Explorer’ in Dora’s first big cinematic outing, ‘Dora and The Lost City of Gold’!

To celebrate the film’s release, we’ve teamed up with our friends at Paramount Pictures and Vue Portsmouth to offer you a chance to win amazing prizes every day this week on ‘The Portsmouth Breakfast Show’ with Mason Jordan!

All this week, Mason will be giving away one of five ‘Dora and The Lost City of Gold’ backpacks, which each come with a compass, scratch Map of the World, light up Yo-Yo AND tickets for a family of four to go and see the film at the Vue Cinema in Gunwharf Quays when it comes out on the 16th August!

Having spent most of her life exploring the jungle with her parents, nothing could prepare Dora (Isabela Moner) for her most dangerous adventure ever – high school. Always the explorer, Dora quickly finds herself leading Boots (her best friend, a monkey), Diego (Jeffrey Wahlberg), a mysterious jungle inhabitant (Eugenio Derbez), and a ragtag group of teens on a live-action adventure to save her parents (Eva Longoria, Michael Peña) and solve the impossible mystery behind a lost city of gold. ‘Dora and The Lost City of Gold’ has a PG certificate and can be seen at Vue Portsmouth from the 16th August!

To enter, simply answer the question correctly below..

Entrants must be 18 or over and live within a PO postcode. You can also enter by text, Send 'Express' your answer and name to 81400. Text entries are charged at your standard network rate and you must have the bill payers permission before submitting your entry. Competition closes on Friday 16th August. Entries after the competition closing date won't count but may still be charged. Winners are selected at random will be contacted via telephone or email. Calls may be recorded and broadcast. Some prizes may require you to able to collect them from the Express FM offices at Eldon Building, Winston Churchill Avenue, Portsmouth, PO12DJ. Images Courtesy Of Paramount Pictures.